Strattis remembered as always being willing to help 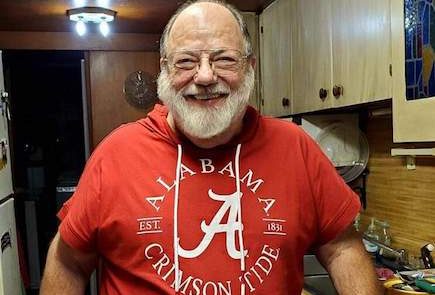 His funeral was held on June 3 at West End Baptist Church, the church he had recently joined.

Strattis had died in a house fire on May 14.

Strattis impacted the lives of several young people facing difficult times through his work as a counselor in the C.I.T.Y. Program, now known as SPAN of Chilton County.

“His legacy will definitely continue through all the students he reached,” Amanda Hicks of SPAN said.

Hicks said Strattis had been with the program almost since it had started.

One estimate is that he worked with 1,000 students in Chilton County while a SPAN counselor. He emphasized to students that they were starting fresh in the program without the baggage of past mistakes to focus on doing better and learn.

“He was so knowledgeable about working with the students here, and he was very helpful with anyone who started new here as a counselor,” Hicks said. “He just really cared about the students that was his main focus.”

She described him as having a “boisterous” personality that “filled the room.”

His daughter Sky Grant described him as someone who was dedicated to helping others.

“He loved to help,” Grant said. “No matter what it was that was going on, even in his personal life, if somebody needed something he would help them.”

Sky’s mother Raven Strattis said the tragic incident raised concerns about the limited phone service near the river in Verbena because there is no cell service and few house phones. Strattis did not have a house phone, she said.

“That is what concerned me just how dangerous it is down there,” Strattis said.

When Strattis retired as a counselor on Oct. 31, 2013, he continued to support SPAN by serving on the advisory board. He helped secure donations for the program and raise awareness about the resource it was to the community.

He remained an advisory board member until his death.

The last meeting was just a few weeks before the fire.

“That’s why I was just in disbelief when I heard about it,” Hicks said.

Prior to working in the C.I.T.Y. Program, Strattis had been a pastor and worked at a boys’ ranch.

Hicks said she hopes to have something at the SPAN graduation in July to honor Strattis and the other advisory board members that passed away this year.