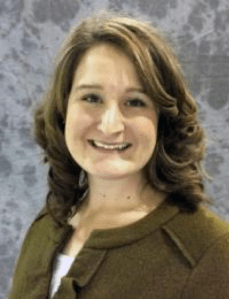 Lucy Edwards has begun immersing herself into the sights and sounds of Chilton County as the new Extension Coordinator.

Edwards assumed the position on June 6 and is filling the role left vacant by the retirement of Gay West.

“It has been going well,” Edwards said. “I am very excited to be here, and I am really excited to be here during the peach month. I feel like it was perfect timing. I’m excited to meet our growers, cattlemen and members of the Farmers Federation, so they know I am here to assist them.”

Edwards said she has already visited the Maplesville Public Library on June 7 for the 4-H’s “Oceans of Possibilities” summer reading program.

“Lucy brings a wealth of experience and success in providing leadership for large Master Gardener programs and building strong community partnerships, which will serve her well in this county leadership role,” the Extension Office said in a press release.

Edwards has gotten in touch with local entities like Butterfly Bridge Children’s Advocacy Center and the Chamber of Commerce to develop events, and keep relationships strong.

“We do a lot of programing across the state with child and family care, just trying to encourage people to have healthy family environments,” Edwards said. “That is one partner I am very excited to work with.”

Edwards’ parents were both foresters, which she said sparked her interest in horticulture.

“They would always drag me and my brothers along when they had events to go to,” Edwards said. “That is kind of where my love for plants came from.”

Edwards continued that interest into college at Auburn University, where she studied horticulture as an undergraduate. She also earned her master’s in greenhouse nursery management.

Edwards has worked as a regional extension agent for horticulture in southeast Alabama in Dale County and northwest Alabama in Marion County, where she spent a combined seven years.

“It was a more rural area, and not as much horticulture,” Edwards said. “So, when this position came open, I debated on it and prayed about it a lot because it has been vacant for almost a year. In March, I felt like the Lord was calling me to just put the application in and see where it goes.”

Edwards said the fruitful history of agriculture in Chilton County was the biggest thing that drew her to the position. She said she “is trying to meet a bunch of new people in the community.”

“Chilton County being horticulture, the first is the fruit crops. Next, behind your horticulture is your livestock those two things really interested me, and that is how I got interested in Chilton County,” Edwards said. “State-wide this would be considered a small office, but this office is busy, busy. It is a very active county.”

One of the next events Edwards will be attending is the Peach Festival Cook-Off at the Senior Connection on June 22.

Economic development still at the forethought for former Farm…