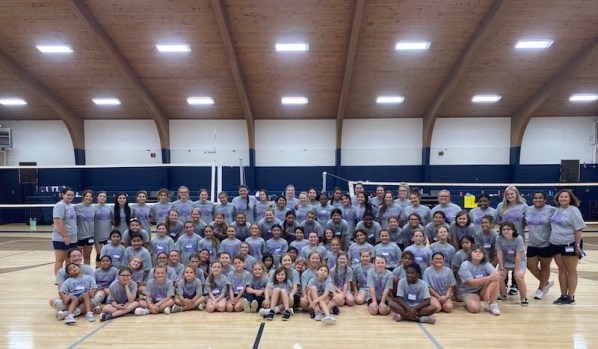 All of the Jemison High School players and camp participants during the last day of the camp. 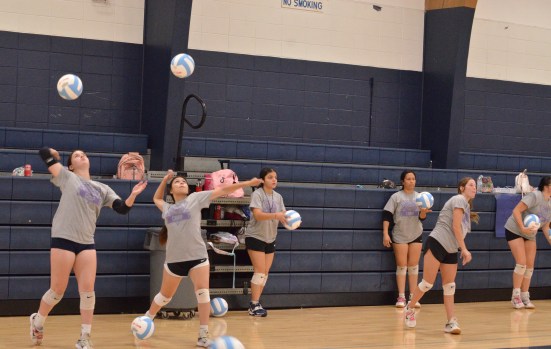 Some of the Jemison High School players practice their serving. 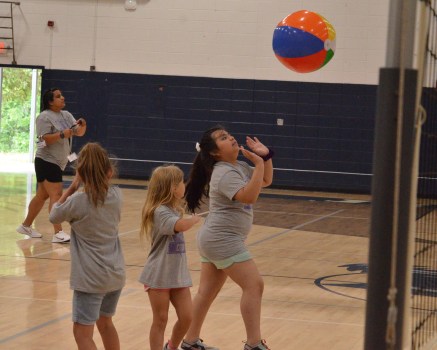 The younger camp participants played with beach balls at the camp. 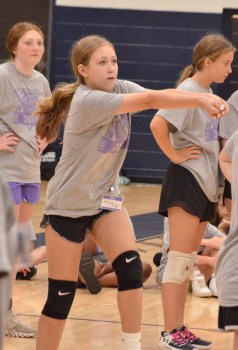 One of the campers works on her setting skills. 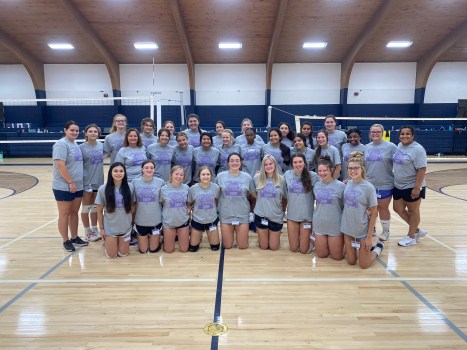 The Jemison High School junior varsity and varsity volleyball players who helped with the camp. 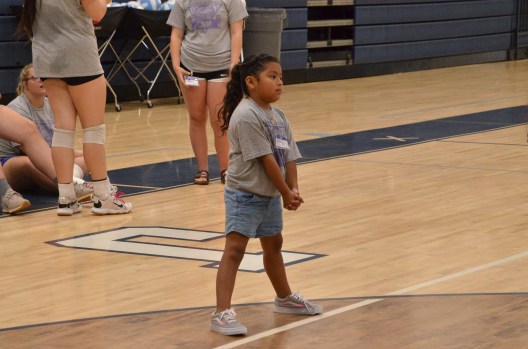 A young camper is ready for the ball to come over the net. 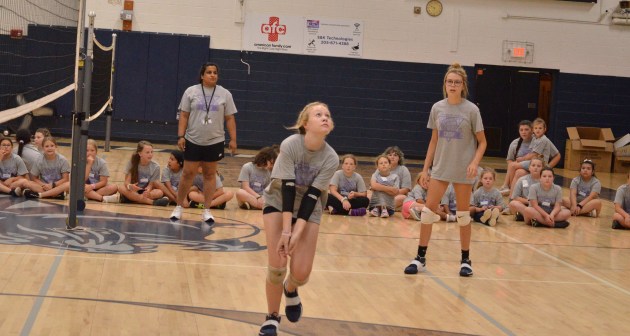 Some of the high school aged campers on the court.

The varsity team members were able to get some practice in during the camp. 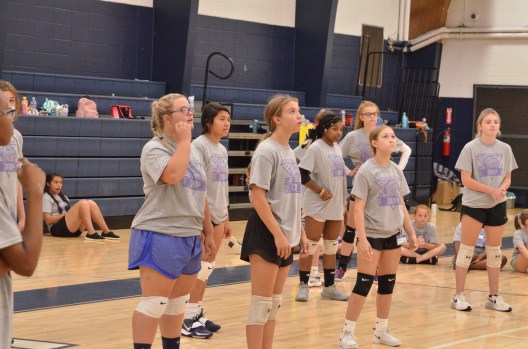 Campers stand around before the scrimmage on the last day of camp. 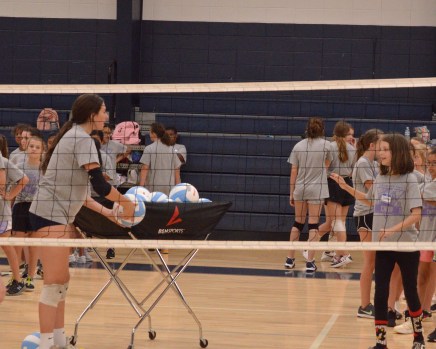 One of the varsity players helping a young camper during a drill. 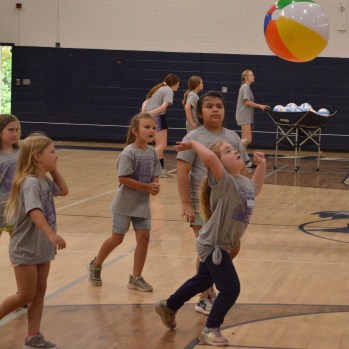 Young campers playing on the second court at the camp. 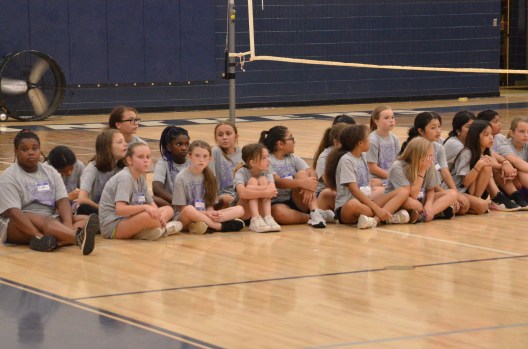 Young campers watch the high school scrimmage on the last day of camp. 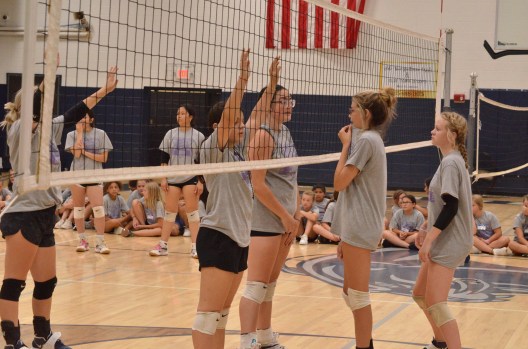 Some campers have a meeting at the net during the scrimmage. 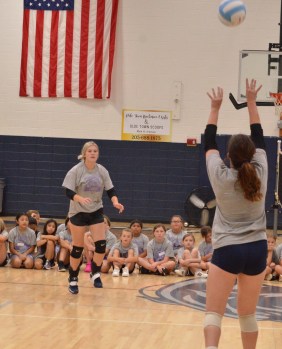 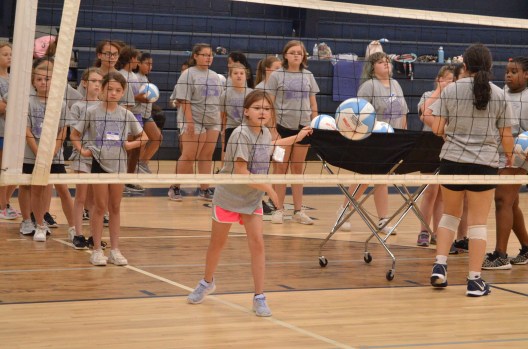 A young camper tries to hit the ball over the net. 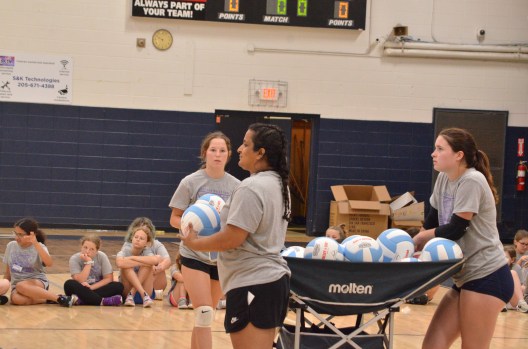 All photos by CAREY REEDER | ADVERTISER.