Pollinator garden featured in Talks in the Demo Garden 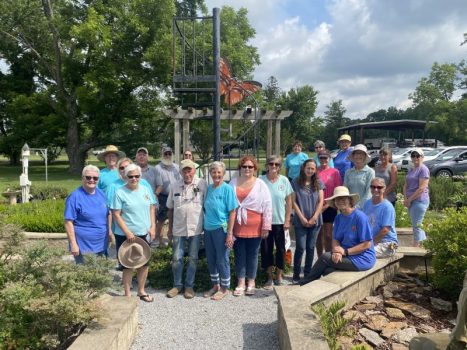 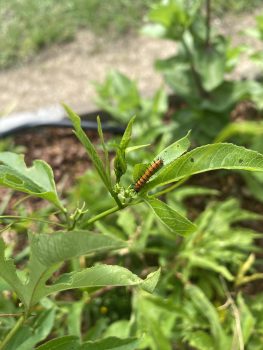 A Gulf Fritillary caterpillar in the pollinator garden during the presentation. (CAREY REEDER | ADVERTISER) 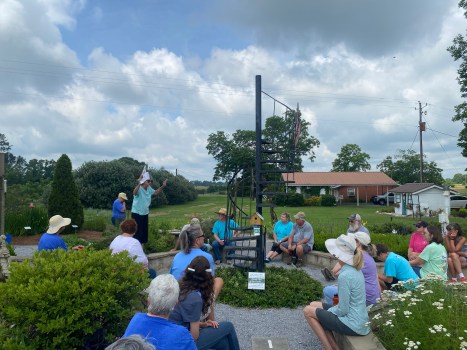 Master Gardener Harriett Jackson during her presentation to the audience. (CAREY REEDER | ADVERTISER) 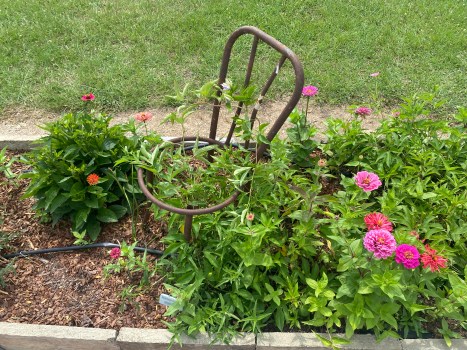 Some of the Zinnia flowers in the pollinator garden. (CAREY REEDER | ADVERTISER) 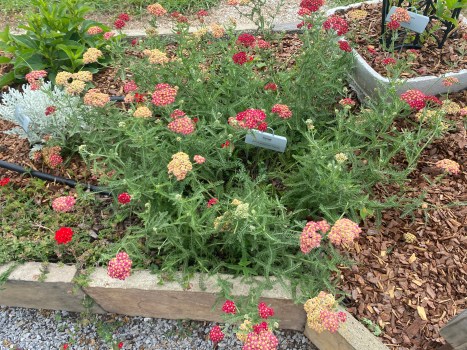 The Chilton County Master Gardeners held their second Talks in the Demo Garden event on June 7 at the Chilton Regional Research & Extension Center. The pollinator garden was featured in the discussion led by Master Gardener Harriett Jackson.

Jackson discussed the basics for what someone would need to get a pollinator garden started, and also ways to maximize the garden.

“People think that you have to have a certain style of garden, a certain color or certain flower, and that is not true,” Jackson said. “Pollinators will come, but you will not have just a butterfly garden.”

Jackson said people will come to her and say that there were a few butterflies but more bees. “You don’t get to choose which pollinator you attract,” Jackson said.

Jackson talked about some of the other pollinators such as wasps, ladybugs, moths, ants, hummingbirds and bats that help pollinate plants. She mentioned honeybees are the most popular pollinator, but it is not the only one.

Jackson was a new Master Gardener when the demo garden was being built, and really wanted it to include a butterfly garden. She got her wish, and has been tending to it ever since.

Jackson talked about needing a host plant in the garden first to set a foundation for the caterpillars. Plants to attract specific butterflies such as milkweed for Monarchs or dill for Black Swallowtails can be added as well.

Jackson said over the years she has learned different ways to maximize the garden, such as covering the vines to help the survival rate of the caterpillars against hungry birds. A puddle with red clay mud should be in the garden as well for adult male butterflies to get nutrients. Jackson emphasized having a rock in the puddle so the butterflies can land and will not drown.

A Gulf Fritillary caterpillar was featured on a leaf during the presentation.

Brightly-colored Zinnia flowers are planted in the pollinator garden as well. Jackson said she planted the Zinnias to honor her parents who always had a garden when she was growing up.

“(My father) loved Zinnias, and I grew up with him planting Zinnias in a bed that was our sand bed,” Jackson said. “He would plant sweet potatoes and Zinnias, so you would have the Zinnias and beautiful sweet potato vegetation.”

The Chilton County Master Gardeners next Talk in the Demo Garden will be on September 6 at 10 a.m. and will feature the herb garden. There is no charge to attend the event.