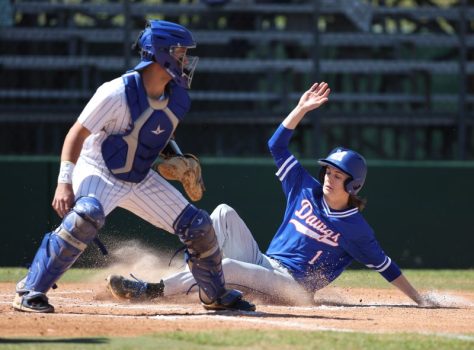 Cannon Miller after applying a tag to a Montevallo runner this season. (BRANDON SUMRALL | SPECIAL) 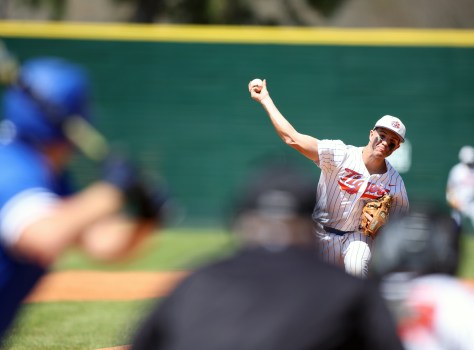 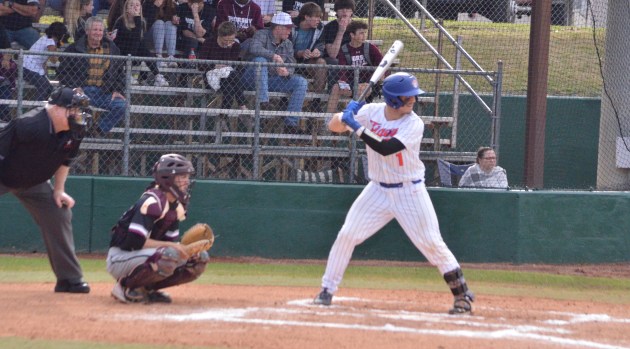 The North-South All-Star games are held in conjunction with the AHSAA Summer Conference.

Miller was one of 36 high school baseball players from around Alabama selected to the teams by a coaches committee from nominations received from AHSAA member school coaches.

“It meant a lot to get that honor,” Miller said. “I swung the bat a lot better this year, and I got a lot more confident just being a junior being older and more experienced. Behind the plate I felt very comfortable, and a lot of it was being more comfortable being there another year.”

Miller found out about his honor before anyone else did. He found the article online on the evening of May 31, and said “wait a minute, that is me” when he saw his name on the list.

“This is an outstanding group of baseball standouts and coaches from our member schools,” director of the AHSADCA Brandon Dean said in a press release. “We are proud to announce these teams and look forward to watching them in the All-Star competition set for the All-Star Sports Week this summer.”

Miller had a stellar junior season at CCHS batting .398 with 22 RBIs, eight doubles and one home run. He has also been the daily catcher for the Tigers the last two seasons.

Miller played mostly infield during middle school, but did not begin catching until his freshman year at CCHS. His sophomore year, the Tigers were low on catchers. Miller had been catching bullpen sessions from the Tigers ace Pico Kohn throughout the summer, and “you have no choice but to get better at it there.”

“I kind of just got a lot better at it, and ended up starting as a 10th grader,” Miller said.

Miller has pitched some throughout his high school career but has spent most of his time on the opposite side of the plate, where he prefers.

“I do enjoy (pitching), but it is not catching and not as fun, but I do enjoy it,” Miller said.

Summer travel baseball is on the horizon for Miller the next few months playing just about every weekend until the next school year. His team consists of other high school players from nearby counties and schools. Most tournaments will be played in Alabama, but trips to Memphis and Atlanta to play baseball await Miller as well.

While baseball continues during the summer, Miller will focus on football at CCHS as well. However, the rising senior said he is not worried about either sport affecting the other and appreciates how they both help him.

Miller said he has played baseball the longest and is better at it, but really enjoys playing both sports.

The South All-Star Team will be coached by Jarrod Cook from Trinity Presbyterian High School and Patrick Street from Dale County High School.