Martin honored as one of 50 legends at banquet 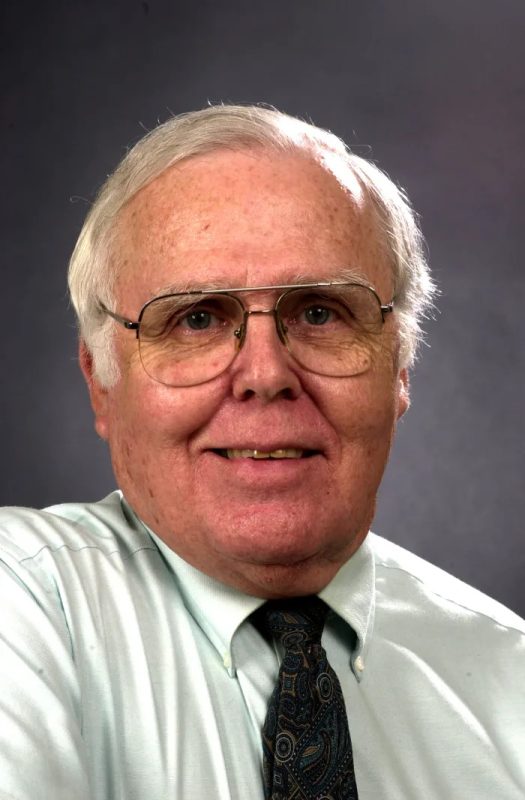 Wayne Martin is being honored at the 50th Alabama Sports Writers Association awards banquet on June 12 for his 48 years of service to the sports writing industry. (WAYNE MARTIN | CONTRIBUTED)

Chilton County native Wayne Martin will be honored as one of the 50 Legends of the Alabama Sports Writers Association at the 50th annual ASWA convention and awards banquet on June 12 in Birmingham. Martin poured 48 years of service into the newspaper industry with 43 of those spent at The Birmingham News and 35 years as a sports writer.

Martin was the 16th member of the ASWA Hall of Fame inducted in 2006.

“This group includes people I read in the old Birmingham Post as a child growing up in Union Grove,” Martin said. “But it also includes many outstanding writers I worked with over the years. It is an honor that is exciting and gratifying, but it’s humbling to be included among the most outstanding writers who ever pounded a typewriter in this state.”

Martin grew up in Chilton County and graduated from Jemison High School in 1959. He was the starting center for the Jemison football team. Martin’s first pieces he wrote were at Jemison when he would post fictional stories about his teachers on the bulletin boards around the school.

“That was the beginning of my writing career, and I enjoyed the writing, so I thought I would give it a try,” Martin said. “I would not give up anything in the world for growing up where I did and the time I grew up in. It was a good place and good time to grow up.”

Martin’s twin brother Zane live in Chilton County his whole life before passing away four years ago. Zane served as the Thorsby mayor at one time. His older brother Kendall and sister Glenda were also twins who graduated from Jemison in 1952.

Martin recounts his grandfather having a country store in Union Grove when he was a child, and his uncle having a barber shop in Clanton. His father owned Martin’s Restaurant at the Jemison exit on I-65 until he sold it. Kendall operated a service station in Jemison as well, and Martin still has cousins who reside in Chilton County today.

“I went to school there, graduated there and got my rear end worn as late as the 11th grade for my extracurricular activities,” Martin said. “It was great place to grow up.”

Martin attended Howard College where he got his start as a copy boy for The Post-Herald in Birmingham his sophomore year in 1960. Martin worked for the Fort Gordan Post newspaper in Georgia and the Alabama Journal in Montgomery where he won his first Associated Press writing award in 1964.

The next year, Martin moved to The Birmingham News where he would spend the next 43 years. Martin collected two Herby Kirby Memorial Awards in 1983 and 1989. He also won the Associated Press Managing Editor Competition’s highest award in the lifestyle feature category in 1998.

During his time there, Martin covered the 1976 World Series, Super Bowl IV, interviewed Chilton County native and major leaguer Jackie Hayes when he was inducted into the Alabama Sports Hall of Fame and met superstars like Mickey Mantle and Bart Starr.

Martin also worked with 1969 American League Cy Young Winner Denny McLain when he was indicted on embezzlement charges. McLain was familiar with Martin from his time covering the Birmingham A’s minor league organization. When McLain was sent to prison in Talladega and the newspaper needed a story, it was Martin who got to him.

“I called out to Talladega and asked if I could speak to McLain, and they said write him a letter, and if he agrees we’ll set it up,” Martin said. “I wrote him a letter to give me a call, and the minute he opened the letter he gave me a call and wrote me a handwritten letter thanking me for the story.”

Martin’s most memorable times as a sports writer also came while covering the Birmingham minor league team, but this time as the Barons when he got to cover Michael Jordan. Martin covered Jordan from his retirement press conference in Chicago in 1993, to spring training in Sarasota, Florida in 1994 and every game the Barons played throughout the 1994 season.

Martin recalls after a Barons game when Jordan was watching the end of the Chicago Bulls playoff game on a television at his locker surrounded by media members. Jordan told everyone he was going into the manager’s office to finish the game, and invited Martin to join him.

“(Jordan) was a great guy. If you got to cover a superstar, he would be the one to cover,” Martin said. “He was accessible, and he told us that we are the local media, so we have access to him when no one else does, and he kept his word.”