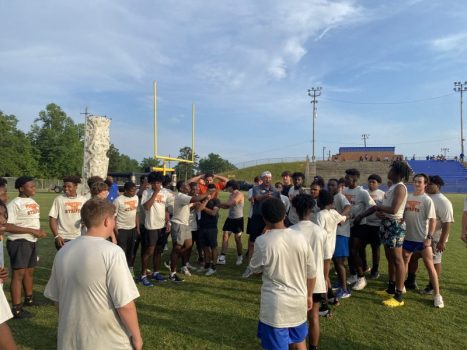 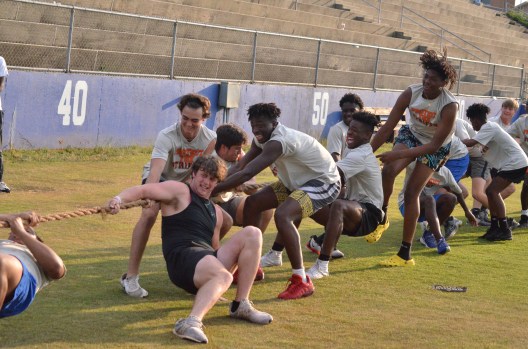 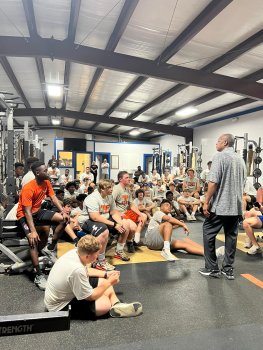 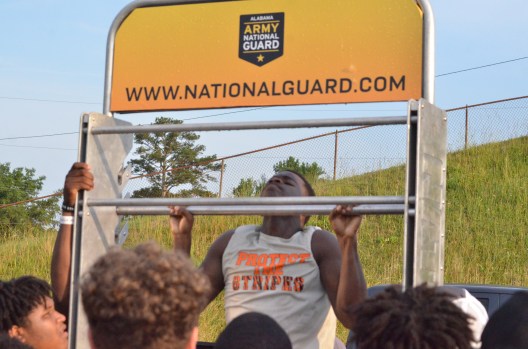 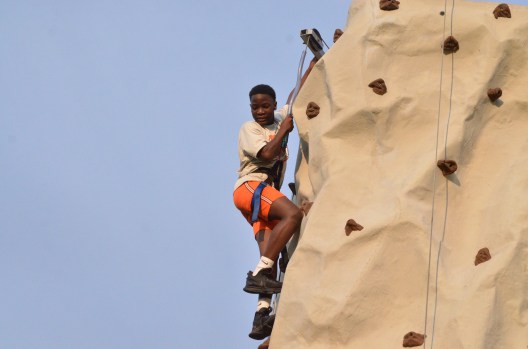 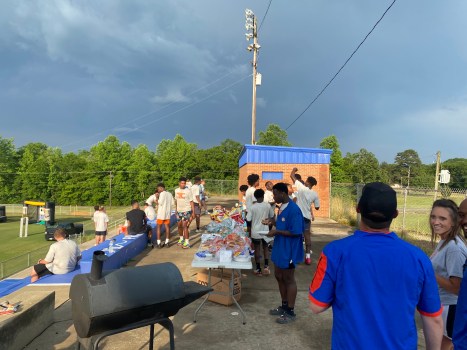 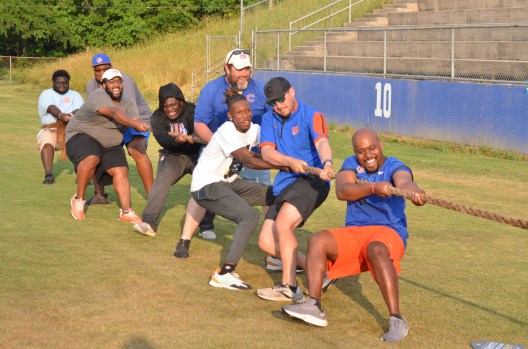 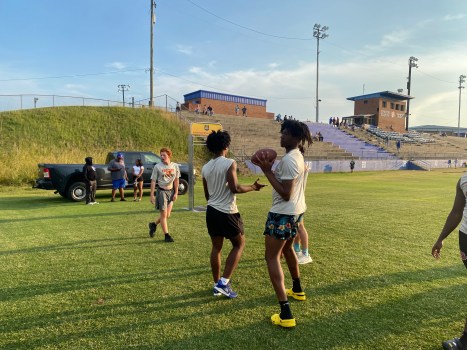 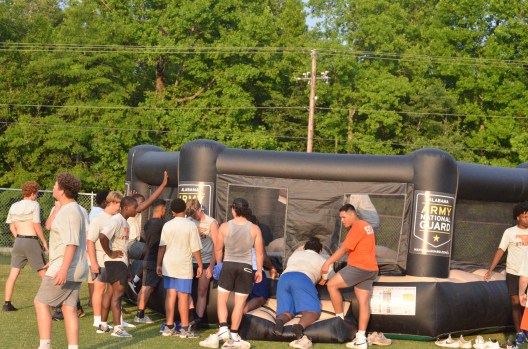 Chilton County High School football coach Marvin Morton has been settling into his new role one day at a time. After being named head coach on Feb. 25, Morton established the Protect The Stripes mantra as a foundation for what he wanted the program to look like.

Just under three months later, over 50 future Tiger football players piled into the weight room on May 20 with Protect The Stripes across their chest.

Morton partnered with Sgt. Sean Gillespie of the National Guard to bring Tiger Night to CCHS to put a cap on the Tigers spring workouts.

“I wanted to build a sense of community and teamwork,” Morton said. “I loved our guys energy today, starting at 3 p.m. and going until 7:15 p.m.”

In the weight room, players listened to former University of Alabama football player Bobby Humphrey speak about his experiences as both a player and coach.

From there, Gillespie and the military engagement team cooked hot dogs and hamburgers for the players. The food for the event was donated by Sav-Mor.

The CCHS Gridiron Club held a membership drive and info session during the activities.

After the meal, the players paired off into offense and defense for a tug-of-war. In the final round, the coaches squared off against the players.

“At the heart of the National Guard is our community, and these young people are the future,” Gillespie said. “We have assets and resources we can plug in to compliment what (Morton) is trying to do with his program and building his culture. I am a former coach so I have a heart for athletes as well. We want to be there for these young people and provide an opportunity for growth in their lives.”

The players got action on the pull up bars, the football toss, the rock-climbing wall and the gladiator pit. Morton said the biggest reason for bringing out the National Guard was to keep building the team camaraderie.

“We are working on our competitiveness, as well as being there for each other and their teammates.” Morton said.

The Tigers have dedicated a majority of their spring workout time to the weight room, and Tiger Night was a unique way to continue that focus.

“We have really attacked the weight room hard this spring,” Morton said. “We are going to continue that into the summer.”

The Tigers will be off for a few weeks before summer workouts begin on June 6.

“Special thanks to Sergent Gillespie and his MET team for coming out and providing food for the kids,” Morton said. “Having those competition activities out there to just build teamwork and competition was great.”