One last dance on the diamond for Chilton County baseball seniors 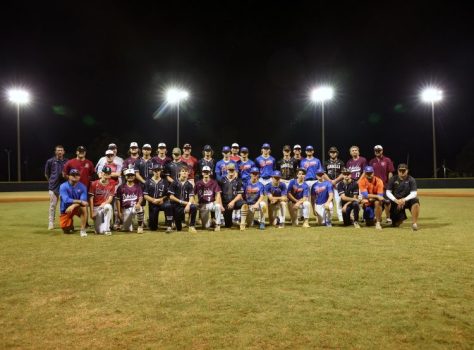 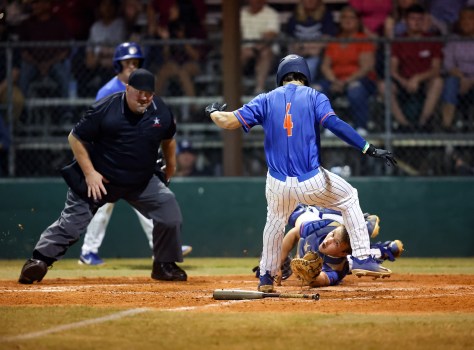 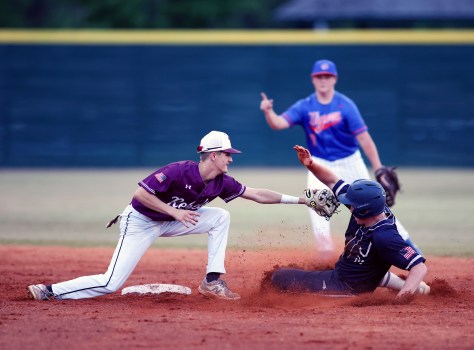 Thorsby's Cameron Stephens on the visiting team attempts to tag Jemison's Hayden Robinson on the home team at second base. (BRANDON SUMRALL | SPECIAL)

What once was a Chilton County Tradition from decades past, and formerly known as the East West All-Star Game, returned on May 13. It was the vision of Chilton County Superintendent Jason Griffin and the Clanton Lions Club in the form of the Chilton County Senior Showcase Baseball game. Senior baseball players from Chilton County’s six area high schools were presented the opportunity to lace up their cleats one last time to take the field at Jack Hayes Field for seven final innings of their high school careers.

With CCHS Tigers Eian Headley and Katon Elijah taking the mound from opposing sides to start the game, the first inning of the contest would come and go with no runs for either squad as action moved to the top of the second.

Jemison’s Camden Cummings got the inning started by reaching base on an error and later crossed home plate on a wild pitch that gave the away squad an early 1-0 lead.

The bottom half of the third inning saw the home squad get the bats going as Chilton County’s Crawford Easterling was hit by a pitch. Maplesville’s Kenan Swanson followed on base to give the home squad two aboard with no outs. Two consecutive strikeouts set up a two-out rally as back-to-back walks by CCHS’s Leighton Coppedge and Isabella’s Skylar Langford plated one run. Another hit by pitch of Jemison’s Braden Tillery scored another run. An RBI single from Headley and a two-RBI single by Jemison’s Brantley Hood brought the home squads tally to five in the inning.

After three innings of play, the home team led 5-1.

The visitors added one more run to the scoreboard in the top of the fourth thanks to a leadoff single from CCHS’s Sam Smith and a sacrifice fly from Maplesville’s Cole Gray to make it a 5-2 game.

The three-run deficit would grow during the home side of the fourth as CCHS’s Cole Tignor got the inning started with an inside-the-park home run while Thorsby’s Andrew Edwards followed with a single. Crawford Easterling of CCHS followed behind with a double. Thorsby’s Genaro Aquino added an RBI single later, while the home squad went on to add a total of four runs in the inning to take a 9-2 lead after four innings of play.

The home half of the inning saw a lead off hit by pitch to Isabella’s Braxden Giles set up another run for the home team. That was the game’s final run that and brought the score to the final of 13-15 to win this year’s Senior Baseball Showcase.

Jemison’s Hayden Robinson led the home squad with a 2-for-2 performance at the plate with a pair of singles. He also pitched the bottom half of the fifth inning for the home squad allowing no earned runs on one walk with two strikeouts.