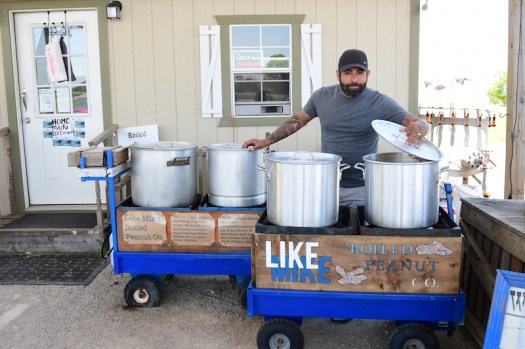 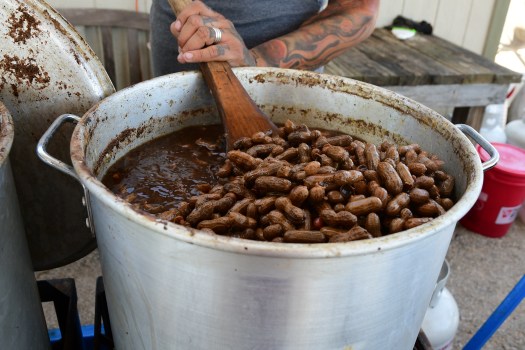 Boiled peanuts are a Southern classic, but it takes time for some people to warm up to the snack. (JOYANNA LOVE | ADVERTISER) 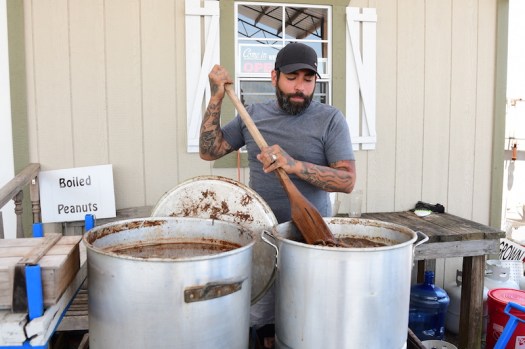 Ricky Venegas sells 100 pounds of peanuts, which becomes about 400 pounds after the boiling process, each week. (JOYANNA LOVE | ADVERTISER)

For some, it is an acquired taste. For others, it is a beloved Southern Classic.

Although widely known in Alabama and the Deep South, boiled peanuts are something new to many.

Venegas speculates that the nostalgia of the snack is what draws people to it.

It all started in the spring of 2020. A boiled peanuts seller looking to retire from the trade came to Hale Farms to ask if the owner, Ricky’s brother-in-law James Wesley Hale, would be interested in her equipment for cooking boiled peanuts.

At first, Venegas thought the offer might be part of a scam because he had never heard of boiled peanuts.

Hale said he was too busy to add boiled peanuts “otherwise I would.”

“That’s when it sparked my attention that my brother-in-law was interested in something like this,” Venegas said. “I was like ‘Is this really a thing here in the South, boiled peanuts?’ I had nothing to do then. I didn’t have a job, so I said, ‘I’ll take it over. I’ll learn the trade.’”

Venegas already had a love of baseball peanuts, but boiled peanuts seemed strange the first time he tried one. However, once a friend compared them to edamame (edible bean pods), he warmed up to them.

Since he had never sold boiled peanuts before, Venegas was a little apprehensive about what sales might be like on his first day. However, it went well. The equipment paid for itself that very first day.

“I knew then that I had a business going forward, possibly,” Venegas said.

He established his brand as Like Mike. In addition to being inspired by an old Gatorade slogan, the name honors Hale’s uncle, who gave Venegas pointers on how to create the Southern treat.

With a background in the restaurant industry, Venegas put his own spin on the foundation of knowledge Mike gave him.

Since he had “been in food and beverage my entire life,” Venegas wanted to make his boiled peanuts unique and elevated.

His salted peanuts use a blend of four types of salt.

He also created his own Cajun seasoning blend for his Cajun peanuts. Venegas said living in Texas, he was familiar with Cajun and Creole cooking because of the state’s proximity to Louisiana. After living in Texas for 10 years, Venegas had moved back to Chilton County to be closer to family.

For inspiration for his boiled peanuts, Venegas called a friend in Texas who had won seafood boil and crawfish competitions. The friend shared his seasoning recipe, and Venegas used it as a foundation for the boiled peanuts blend.

There are different varieties of peanuts that can be used, but Venegas prefers the Valencia-style peanuts from Tennessee.

The peanuts are put into the pot still in the shell, and boiled for 8-10 hours.

“There is a sophistication to simplicity,” Venegas said. “There is something about doing something so incredibly humble that you put a lot of work into.”

He said consistency is important.

In addition to selling at Hale Farms at 18898 Highway 31 in Clanton Monday through Saturday from 9 a.m.-5 p.m., Venegas does popup sales.

Possible plans for the future include adding more flavors, such as dill, and partnerships with local sports team’s concession stands.