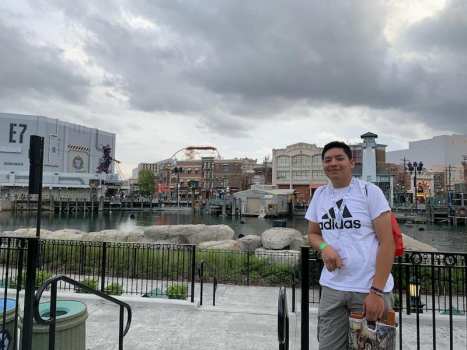 The architecture of the park was a highlight for some of the students. (KIM BENSON | CONTRIBUTED) 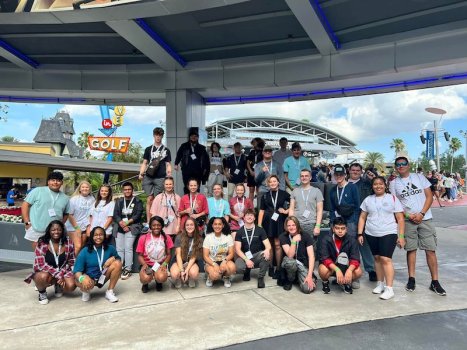 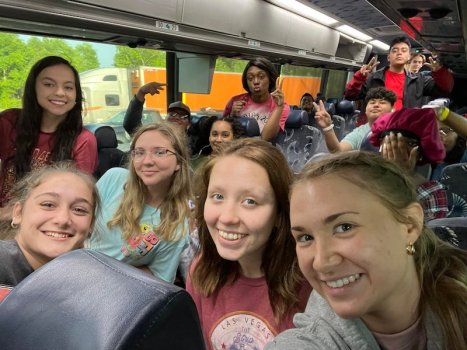 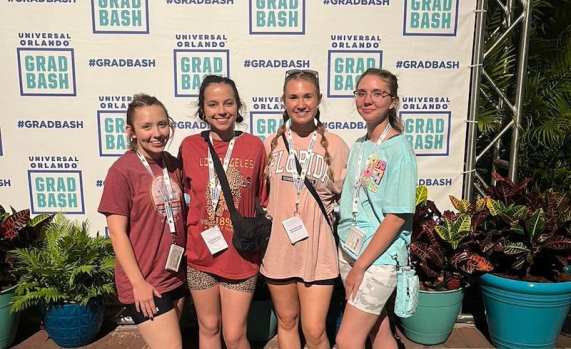 One student described it as a “once in a lifetime” opportunity reflecting on the recent Verbena High School senior class trip to the Universal Studios Grad Bash.

The trip to Orlando was monumental for several reasons. Not only was it’s the graduating classes final trip together, it was also the first time several of them had been out of Alabama.

VHS faculty member Molly Cameron had initially wrote a grant to the Smith Scholarship Foundation for the trip back in 2020.

The foundation chose to award funding to the project, but the trip was canceled when amusement parks shut down because of the COVID-19 pandemic.

This year, the senior class was able to use the funds. The seniors also did some fundraisers.

Student James Smitherman said he was excited about having a trip with just the senior class.

In addition to enjoying the amusement park, Smitherman said they were able to make the bus ride enjoyable by spending time together.

He and student Madison Bryant said they were thankful for the school faculty that were able to come and chaperone the trip.

“All of my friend group was going, and I was excited to spend time with not just them but all my classmates,” said. “That was the first time that a lot of our students had been out of Alabama.”

This was the case for student Jorge Camarillo Morales.

“I had a lot of fun on that trip, all of the rides and everything,” Morales said.

The Harry Potter ride was his favorite.

Bryant said she “loved the buildings.”

“I love to tide the rides too, but the buildings were so pretty, and I had never scene anything like that before,” Bryant said.

She and her best friend especially liked the Harry Potter area.

“We had a great time,” Bryant said. “It was really a once in a lifetime thing to get to do.”

The trip scholarship application had outlined how the experience was about more than just going on a fun senior trip.

It gave the student’s an opportunity to experience something new and for some a new level of independence.

Another highlight for some of the students was a behind-the-scenes look at Fast & Furious movies.

“It is so intellectually stimulating because there is the technical aspect,” Ahrian Dudley of the Smith Scholarship Foundation said. “There is the mechanical aspect. There is the film aspect.”

She said such an experience can show a student where they may fit in a future career as mechanic or another field.

Dudley said individual students from VHS have applied and received scholarships from the foundation in the past, so the organization was already familiar with the school.

Dudley said many of the students felt that this was somewhere they would never be able to go.

The hope is that this experience shows students that there are other things they can achieve that they may not have considered previously.

“We are the largest private scholarship foundation in the state of Alabama,” Dudley said.

Dudley said they focus on helping hard working students who are the first in their family to attend college or are facing financial barriers to continuing education post high school.