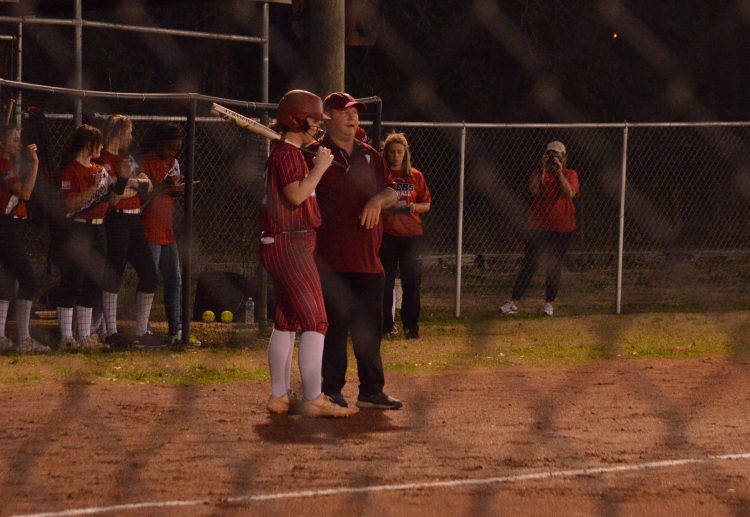 The Maplesville High School Red Devils softball team had the Billingsley High School Bears number during their two regular season matchups. The Red Devils won 17-2 on April 12 and followed that up with a 19-3 win on April 22. As the only two teams in the area, the two squads met again on May 5 for a best two out of three series to see who would be crowned area champions.

Maplesville head coach Clark Watley sent one of his seniors Anna Grace Small to the circle for game one, and she gave up four runs through seven innings to lead Maplesville to a 14-4 win.

Maplesville followed their game one win up with a 16-1 thumping of the Bears in three innings to win the area championship.

“I think they have done a great job this season, we have had a good year,” Watley said. “They hit the ball so well today, and the pitching was great, too.”

Junior Lexi Smith pitched in game two to help lead the Red Devils to the win.

Maplesville sits with a 21-12 record on the season with five of those loses coming in a tournament at Orange Beach in March.

Now in the regionals, the Red Devils will match up with Linden on May 12 at 9 a.m. at Lagoon Park in Montgomery. The winner of that game with advance to play the top-10 ranked Holy Spirit High School.

“Not having them look ahead to Holy Spirit was one of the reasons we went to Orange Beach and played those talented schools,” Watley said. “We just compete, and I tell them to just play your game. If you do the little things right, you can come out on top.”

This is the fourth consecutive year Maplesville has made it to the regionals, but not state tournament berth. Watley and his players hope this season it their time to finally break through.

“Still trying to get there, but we have come a long way as a program,” Watley said. “We’re hoping we can get over the hump this year.”

The five seniors on the Maplesville team — Emilee Smith, Avery Reed, Jayla Nix, Hannah Hollis and Small were seventh graders when Watley arrived at Maplesville. In their high school career, the seniors have won over 120 games, and the group has grown every season under Watley’s guidance.

“They are a really good group of players,” Watley said.

Coaching is in Watley’s blood, but he said is takes a special type of male coach “to connect with softball players, and I think they respect what I say.”

Watley has grown the softball program at Maplesville every year he has been there. He helped install new fencing and dugout covers on the softball field. Watley also helped get a shed put beside the softball field to allow the players to change closer to the field, rather than the gymnasium across campus.