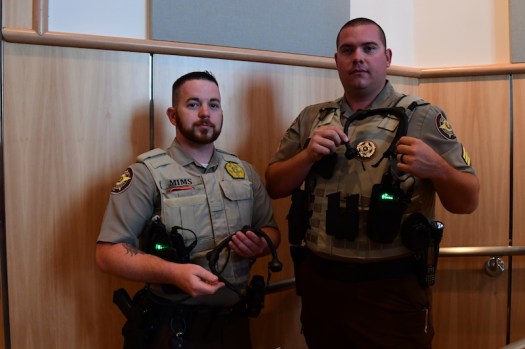 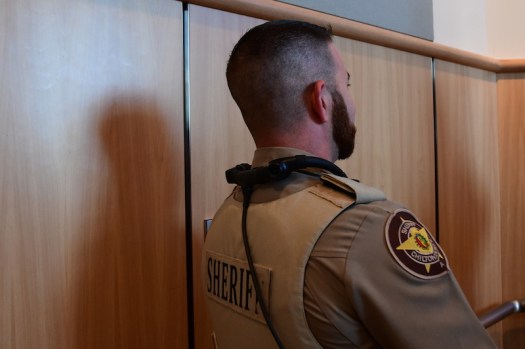 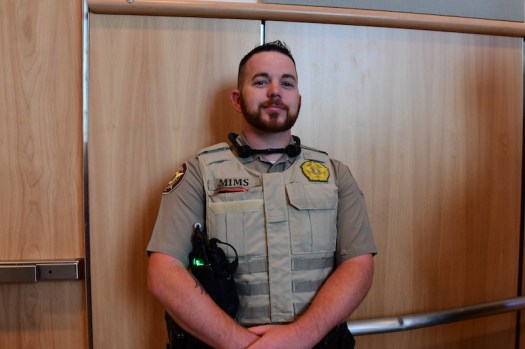 Chilton County Deputy Mims wears the Nexx360 body camera on his shoulder and the battery pack at his side. (JOYANNA LOVE |ADVERTISER) 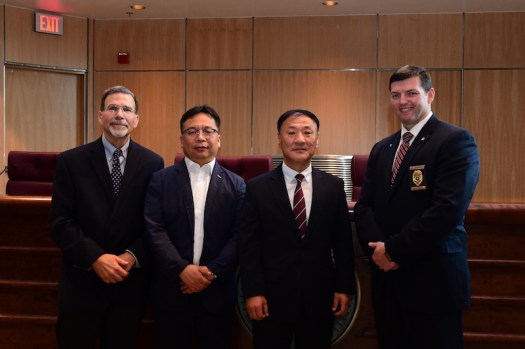 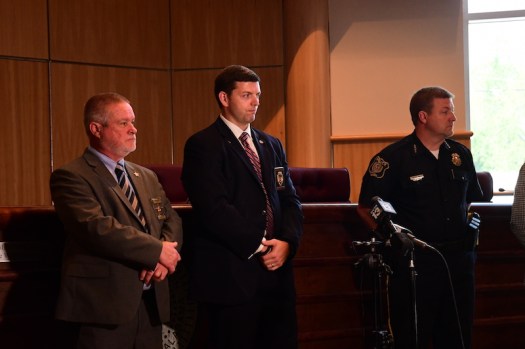 Investigators with the 19th Judicial Circuit have begun using the cameras also.

Terri Connell of Chilton County had connections with NetOps Consulting International and was part of getting the 19th Judicial Circuit District selected for using the equipment during this finalization of development.

“This is the first time in the United States of America that this technology has been used,” Robinson said. “We are proud to be part of a proof of concept team to give feedback and kind of help this product move along.”

Video is saved to an SD card, but is also available live to be accessed by law enforcement in other parts of the county. Footage is also uploaded to secure digital cloud storage.

CPD Chief Erick Smitherman and Chilton County Sheriff John Shearon said they were honored to be a part of the project.

Smitherman described the Nexx360 as “some of the most advanced technology” he had ever seen.

“We can actually view this video from a remote location, like our phones, (911) dispatch center, wherever,” Smitherman said.

Shearon said having the ability to see what is behind an officer in real time is a great benefit.

There are four camera units being tested by CPD. Smitherman said the devices will be rotated so each officer gets a chance to use it. CCSO is testing four as well.

Officers are giving feedback on comfort using the device, battery life and other usability issues.

Each law enforcement leader present said they were excited to be a part of the project.

Robinson said the 15 yearlong working relationship between the three law enforcement leaders made them “uniquely situated to be the perfect group FOR this.”

NetOps Consulting International in Montgomery is “the exclusive distributor” for Nexx360, Lee Maurer of NetOps said.

Robinson said video footage from these improved body cameras would provide a better view and “the full context” of what happened at a scene to future Grand Jury groups.