Primary elections for state and local races will be held on May 24. Now is the time to begin thinking about who would be best to step into or continue in the leadership roles impacting Chilton County.

Voting is an important way for those in Chilton County to impact the future of the county and the state.

Locally, the election of Chilton County’s sheriff will essentially be decided during the primary unless there is an independent candidate that qualifies since there is not a candidate from the Democratic Party. This means that those who can vote in this primary need to ensure the person they feel is best for the job has a chance.

The current Representative Van Smith (District 42) and senators April Weaver, District 14 and Clyde Chambliss Jr. (District 30) are running unopposed. There are still several judicial district as well as state and federal races. Many of these candidates have websites where information can be gathered to decide. The Clanton Advertiser will also publish an election guide with some information about the candidates.

The Chilton County Republican Party has announced a meet and greet event with candidates on May 9 to be held at the Jemison Municipal Complex at 6:30 p.m.

Chilton County residents should consider carefully who they feel is worthy of their support.

Exercise your right to vote on May 24. Polling place location information is available at sos.alabama.gov.

Polls will be open from 7 a.m. to 7 p.m. Those who will not be able to make it during those times and need to vote by absentee ballot have until May 17 to mail in their absentee ballot application. Applications can also be completed in person at the courthouse until May 19.

‘Romeo and Juliet’ coming to CCHS 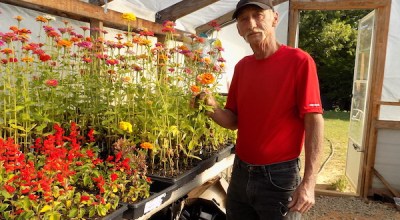