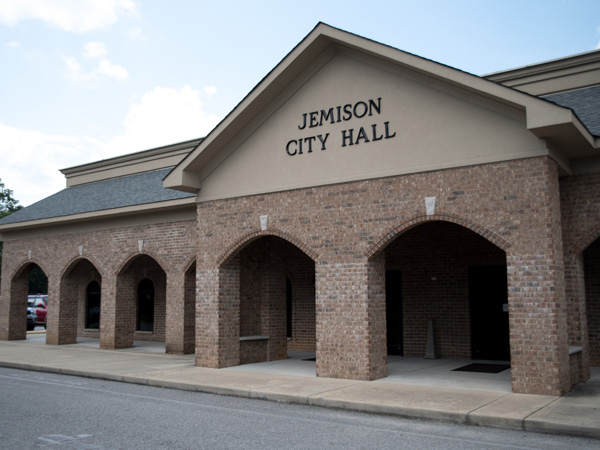 The Jemison Municipal Complex will be the site of the 5th Annual Gospel Music Singing to benefit DAV Chapter 33 on Aug. 18-19. (File photo)

The Jemison City Council heard presentations on the city audit and the city’s water and sewer system finances on May 2.

Walter Lewis of Piper Sandler presented some changes in wording needed to the water/sewer ordinance about rates. The clarification just explains the rules and procedures better, while leaving everything else the same.

Lewis also gave updates on restructuring some of the department’s debt.

“The bonds were used to finance a long-term asset, so I stretched it out in order to accommodate that,” Lewis said.

This decreases the amount of the yearly loan payments for the city.

“That frees up cash flow in your revenue fund,” Lewis said.

The council unanimously approved a change to the ordinance to clarify the wording. Council member Sam Reed was absent.

The city’s audit deals with both the general fund and the water and sewer department, which is referred to as the business type fund. The total net position of the city for the last fiscal year was $697,589.

The auditor said the city had a good year and a clean audit.

The requirement to include $1.8 million for funding all pensions that will be paid in the future makes the net liability for the governmental fund look negative. However, since the money will not actually be paid until employees retire, the fund does actually have a positive balance.

Reed and Council member Rex Bittle thanked the city staff for all they do to keep the city in good financial shape.

Also during the meeting, the city approved:

“It does a lot to help our police department out,” Reed agreed.