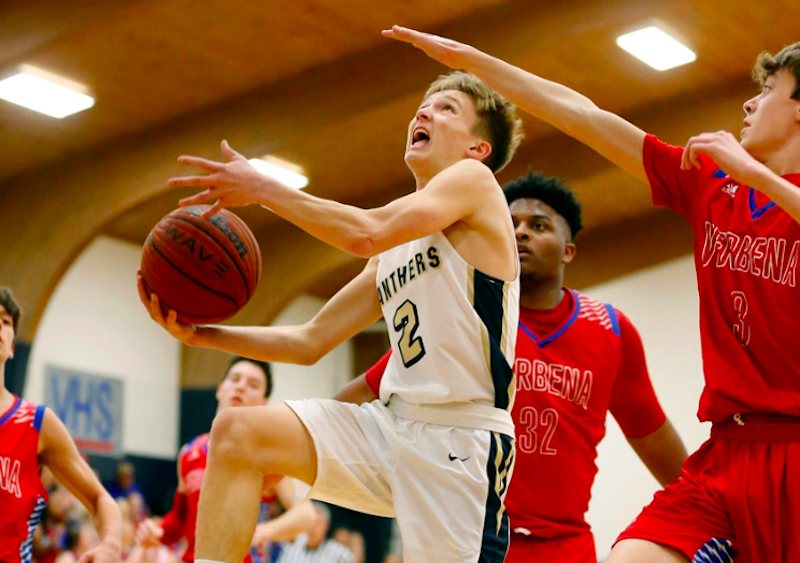 Harrison Hilyer was named a Class 5A All-State honorable mention for the 2021-2022 season for Jemison High School. (FILE | ADVERTISER)

Jemison High School senior Harrison Hilyer’s basketball recruitment has come to an end as the 2022 co-county player of the year verbally committed to Luther College in Decorah, Iowa.

A four-year starter for the Panthers, Hilyer is one of the most decorated players in program history. When it came down to a final decision, Luther College was the right fit for Hilyer.

“As soon as I stepped onto campus, I just knew,” Hilyer said. “The scenery of it, the way it felt like a small-town environment like Clanton or Montevallo, I just really enjoyed that. It made it feel like home.”

Hilyer and his father took a trip to the Midwest to visit two schools in Iowa, one of those being Luther. On his visit itinerary, members of the Luther basketball team were scheduled to eat with Hilyer. He was expecting two or three players to come, but nine to 10 players came to eat lunch with the recruit.

“It showed me that these guys obviously care enough about me as a recruit to send their whole team to eat lunch with me,” Hilyer said. “The way the coaches talked to me seemed like they were really interested in me.”

Jemison coach Ronnie Driver said Luther made HIlyer a priority during his recruitment and remained in constant contact with him. Driver told Hilyer “don’t commit to a coach, commit to a place where it will feel like family to you.”

“(Hilyer’s) dedication was second to none,” Driver said. “He is one of those players who brings it every single day to the program, in games and practices. You literally have to run him out of the gym.”

Driver described Hilyer as a gym rat, and that his leadership ability will be missed the most in the Jemison program.

“To see him finish his career and get the opportunity to further his education and athletics, I could not be happier for somebody,” Driver said.

Hilyer’s best basketball may be ahead of him. With a more structured schedule in college, Hilyer will have more time in the gym and programs to help him get bigger and stronger.

Hilyer was named a Class 5A All-State honorable mention and is the only player in Jemison program history to be named an All-State player.

Hilyer really enjoyed the way Luther runs their offense and found similarities to the offenses he ran at Jemison. He credited former Jemison coach Undra Rush and Driver for helping get his name out to college coaches.

“The process was really slow and long at the start,” Hilyer said. “I had interest from the offers here, but when the schools from Iowa started contacting me, I wanted to get on campus and tour them to see where home would be. Finding that home away from home.”

That home will be 931 miles from Jemison High School, but Hilyer is confident in his decision. “I’m looking forward to getting out of the county to see more of the world,” Hilyer said. “Making new relationships, and be independent to grow more by myself.”