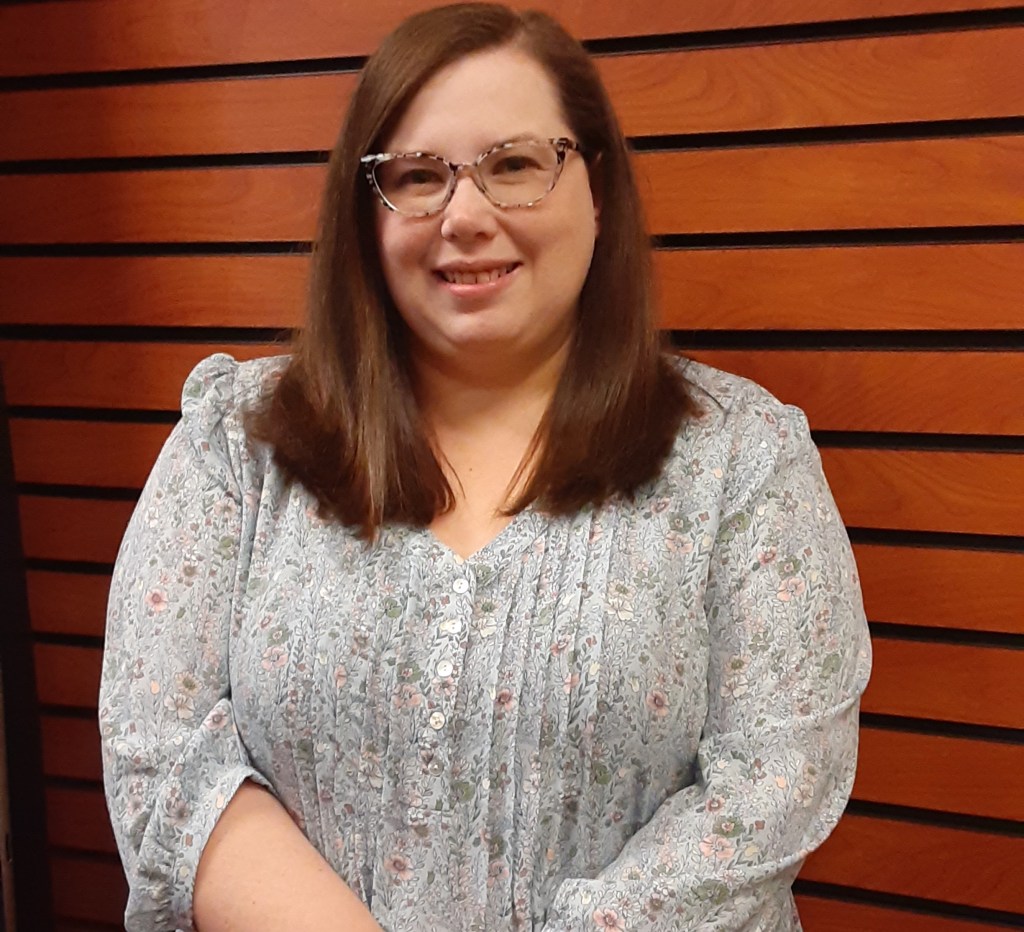 “I was mostly shocked,” King said. “I am a pretty humble person, so it is weird to be called up like that.”

Honorees are nominated by faculty and students each year. Nominated faculty members complete a video describing their teaching philosophy and an interview as the selection committee chooses one honoree. This year, there were six nominees.

King received her award as a part of Honors Convocation on April 14.

She said the nominees do not know who has been selected until the awards night.

King has taught at the Jefferson State Community College since 2013.

“I started as an adjunct, and then I moved into a full-time position in 2015,” King said.

At first, she was an in-person faculty member for the Clanton and Pell City campuses. Now, she is full-time at Clanton, but she has taught online courses for other campuses of the college.

“Being at Clanton and Pell City, you do tend to develop a closer relationship with your students, just because it is such a small campus,” King said. “I think we get to know our faculty more, too.”

King said the campus has a good community and good leadership.

She said she has enjoyed “working with the diverse students that we have and getting to see their writing abilities really grow across this semester that is always kind of a pleasure.”

Most of her classes are composition courses, but King does teach some literature classes and a film class.

Before coming to work at Jeff State, King was an adjunct faculty member at the University of Montevallo.

King holds a master’s degree in English from the University of Montevallo, and credits professors she had there for getting her interested in a teaching career.