Cleckler and Harrison use momentum to punch sub-state ticket 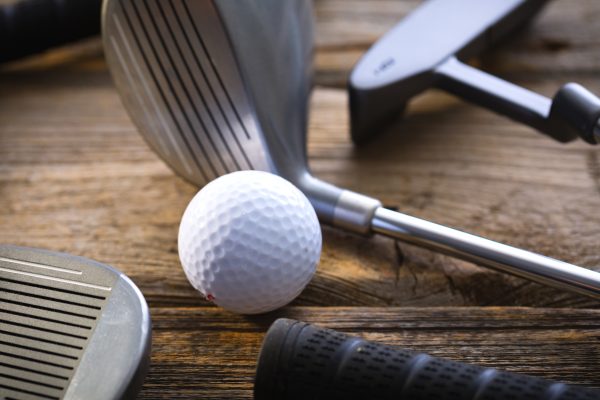 Harrison, the lone sectional qualifier for the Red Devils, shot an 81 to capture the third individual qualifier spot by two strokes. Harrison has been in good form on the golf course late in the season, taking third place at the Chilton County Golf Tournament earlier in April. He was parlayed that into a sub-state berth.

“(Evan) has played very well over the last few weeks,” Maplesville coach Stacey McGehee said. “He has been hitting the ball extremely well, keeping it in play, and if he has a bad hole, he does not let it affect the rest of his round.”

Harrison continued his hot end to the season placing 10th in the Thompson Invitational a week before the sectional tournament. The tournament was littered with 6A and 7A schools, and the 1A athlete was able to hold his own.

Harrison and McGehee will travel to the Troy Country Club on May 2 for a practice round and to get Harrison acclimated to the course.

“He’s excited about it,” McGehee said. “Hopefully, he goes out there and enjoys himself.”

Cleckler’s journey to the sub-state round was more adventurous. In the sectional tournament, Cleckler was the third group and their round finished quickly. Cleckler shot an 81.

“At first, it was going well, and I thought I would do pretty well,” Cleckler said. “As a team we weren’t where we wanted to be, but I shot a really good score and thought I would go pretty far in it.”

Cleckler’s 81 held up for almost two hours, and he waited in the car with some friends to see if he advanced. When the call came, it was not what he had expected.

The sophomore was in a three-way tie for the last two individual qualifier spots and had to compete in a sudden death hole to see which two golfers would advance to the sub-state round.

Cleckler said he did not know what a sudden death playoff was, and he had just 10 minutes to gather himself before beginning the hole.

“On that first tee box, it was the first time in two years I was actually nervous to hit a golf ball,” Cleckler said. “I was nuts.”

Cleckler advanced in the sudden death playoff with a bogey on the hole.

“I could not be prouder of Aiden, he has come a long way,” CCHS coach Paul Dubose said. “To go from the 100s in this tournament last year to an 81 this year is great.”

Cleckler said he also has benefitted from the new practice tactics Dubose has introduced to the Tigers this year. The sophomore’s mindset has been focused on recovering during tournaments and not letting rounds get away from him.

“It’s actually learning how to play courses,” Cleckler said. “It’s about every shot that counts. You have to get used to hitting the ball and playing from the bad shots you hit, and make up for them.”

Cleckler and fellow CCHS sub-state qualifier Ella Young are new to the sub-state round, but their mindset is they have nothing to lose.

“We do not know what to expect, but we’re hoping for the best out of it,” Cleckler said. “It will be fun.”