Washington uses strength to overcome on and off the field 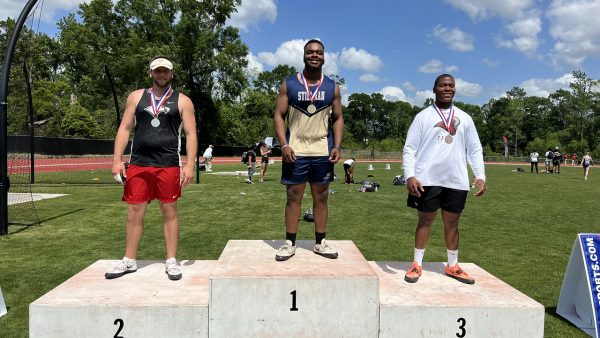 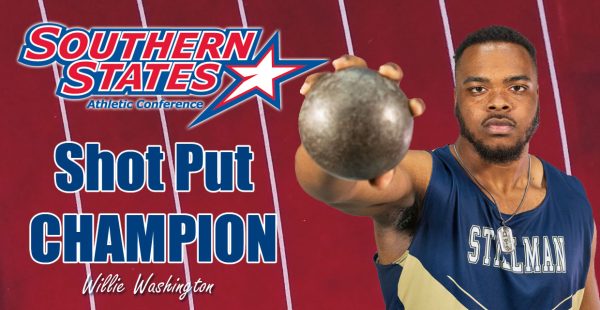 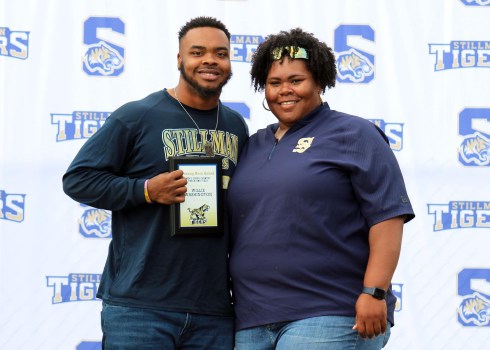 Stillman College thrower Willie Washington stood in the shotput ring in Mobile at the Southern States Athletic Conference Outdoor Track & Field Championships on April 23 with anything but a clear mind.

The Isabella High School graduate endured the loss of his mother, Crishan Washington, less than 40 days before. On April 22, Washington entered the SSAC championships as the favorite to win the shotput title.

Washington lived up to those expectations and launched a 13.51-meter throw to earn the 2022 SSAC shotput championship.

“Getting back out there in my natural habitat felt good,” Washington said. “I had to get back to normal self, it has been a tough year and getting back into the swing of things, but I’m glad I was able to.”

“She’s right here looking down and watching you accomplish this,” Curry said to Washington during the moment.

Crishan never missed one of her children’s sporting events, and the 2021 SSAC Outdoor Track & Field Championships were no different. Crishan sat and watched as Willie took home second place in the shotput. In 2022, Willie was able to take that extra step, in honor of his mother.

“It was really important to me. Her being out there last year when I won runner-up, for me to win it this year without her here … It hurts really bad, but I’m glad I was able to do it,” Washington said. “She’s always been there for me, in sports she never missed anything. For me to win something for the first time, like I’m the champion … I wish she would have been able to see that, but it felt really good to win it for her, and I know she is looking down smiling now.”

Washington earned 16 points towards Stillman’s team total. The Stillman team earned 78 points and finished fourth out of eight teams, the Tigers best finish since 2016. The Stillman track and field program was discontinued in 2016 but brought back to campus in 2019.

Washington also finished third in the discus with a throw of 33.78 meters, his personal best.

“For him to do that after the loss of his mother … That was an emotional time, when I got that call from him it was very sad that he had to deal with that,” Curry said. “I told him he was not just doing this for himself and for Stillman, but you are doing it for your mom.”

Washington took some time off in late March to focus on himself and his family. When he got back to campus and back at practice, Washington injured his hand but was still able to qualify for the SSAC Championships.

Curry said she was nervous for Washington’s comeback, but knew what she had to do as a coach to help him. Curry was constantly checking in on how Washington felt throughout every day. If he was not feeling great some days, Curry cut practice short to give Washington the extra time to himself.

“Nothing too much changed, but he did take the time that he needed,” Curry said. “He communicated if he was not having a good day, and I asked him if there was anything I could do to help him. Every day, he still came prepared in both the weight room and the field, and he did what he had to do.”

The hand injury Washington sustained was the biggest hinderance from earning a spot in the NAIA national meet. Shotput throwers need a 15-meter throw during the season in order to qualify. At the SSAC conference meet, Washington’s best throw was scratched due to him stepping out of the ring too early. The throw was likely a 15-meter throw.

“If he did what he has been doing at practice at the conference meet, he would have qualified for nationals,” Curry said. “He was throwing some great throws during his practice time.”

Good news for the Tigers is that Washington has another year of eligibility left after the 2020 season was cancelled due to the COVID-19 pandemic. For Washington, his last year at Stillman will be a special one as his brother, Caleb, will join the team as a freshman next season.

Washington said in the offseason he wants to work on his mindset and focus inside the throwing circle and his consistency with his throwing form.

“Overall, I’m just so excited and proud of Willie for his accomplishment,” Curry said. “He has another year, so we’re looking forward to him coming back and getting first place again and be able to qualify for nationals next season.”

Off the field, Washington earned his second Stillman Eye of the Tiger Scholarship Award, an academic scholarship for students with a 3.5-3.79 GPA. He also was awarded the Stillman Legacy Scholarship this year, a generational scholarship from his family’s long ties to the university. Washington was recently named the recipient of the Janssen Health Sciences Scholarship from the United Negro College Fund.

Washington said he saw all of the support on social media from the people of Chilton County, and appreciates everyone’s thoughts throughout these past few months.