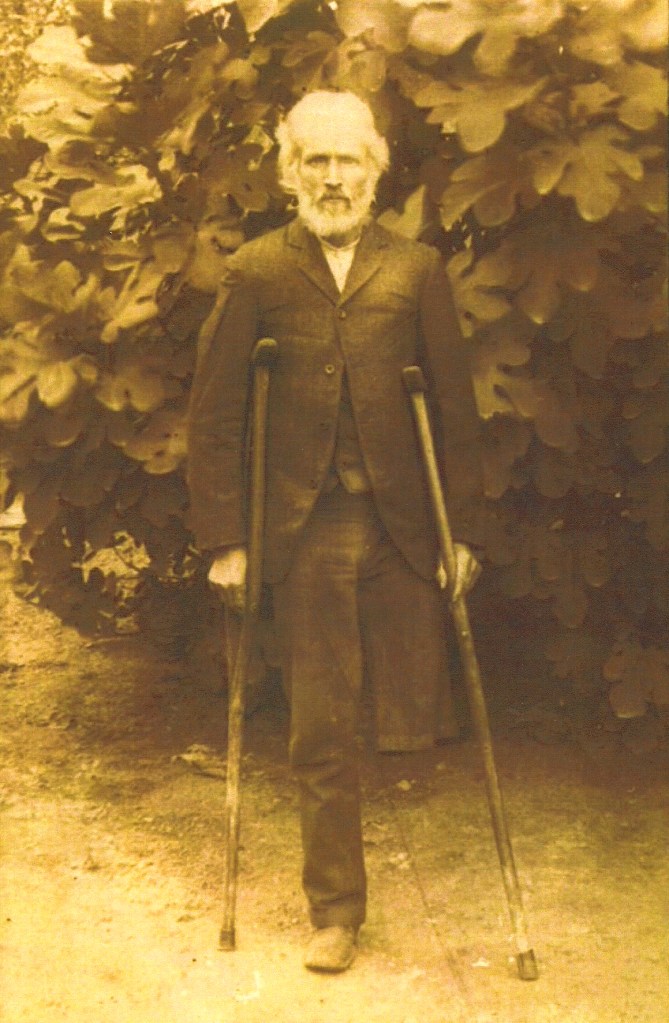 One of the soldiers served at the veterans home was Pvt. Jobe Dearing, Co. K, 55th Alabama Infantry. He was wounded at Battle of Franklin, Tennessee, Nov. 30, 1864. (AHC | CONTRIBUTED)

Confederate Memorial Park, a historical property of the Alabama Historical Commission, will host a special cemetery tour on Saturday, May 28, at 10 a.m.  By 1865, there was hardly a family in Alabama unaffected by the loss or incapacitation of a loved one. For many years after the war, it was a common sight throughout the nation to see veterans with an empty sleeve or trouser leg, or hobbling along on crutches or in a wheelchair. The many bone-shattering wounds made amputation a common procedure, and many other veterans suffered from ailments exacerbated by years of war campaigns and limited medical treatments. Told through a medical lens, visitors will learn about the lives of veterans buried at the Soldiers’ Home and how war-time wounds and ailments were treated during and after the war.

Spread over 102 acres of rolling wooded countryside near the center of the state, Confederate Memorial Park incorporates the site of Alabama’s only Confederate veterans’ home. Life for the old soldiers, called “inmates” at the Home, was better than most had known before their admission. The Home provided housing, meals, clothing, allowances, medical care and, for many, a place to die and be buried with dignity. The museum offers exhibits on the life of an Alabama Confederate veteran from recruitment to old age, including hundreds of artifacts from the Civil War and the Soldiers’ Home.
Admission for the tour is $10 per person and museum admission is included. For additional information, call the museum at 205-755-1990.

Confederate Memorial Park is the site of Alabama’s only Confederate Soldiers’ Home. The site operated from 1902-1939 as a haven for disabled or indigent veterans of the Confederate army, their wives, and widows. The majority of veterans served in Alabama outfits, while others moved to Alabama after the war. The last veteran died at the home in 1934. The facility closed in 1939 when the five remaining widows were moved to Montgomery for better care.

About the Alabama Historical Commission

The Alabama Historical Commission is the state historic preservation agency for Alabama. The agency was created by an act of the state legislature in 1966 with a mission to protect, preserve and interpret Alabama’s historic places. AHC works to accomplish its mission through two fields of endeavor: Preservation and promotion of state-owned historic sites as public attractions; and, statewide programs to assist people, groups, towns, and cities with local preservation activities. For a complete list of programs and properties owned and operated by the AHC, hours of operation, and admission fees please visit ahc.alabama.gov