Satterfield making most of opportunity with Generals 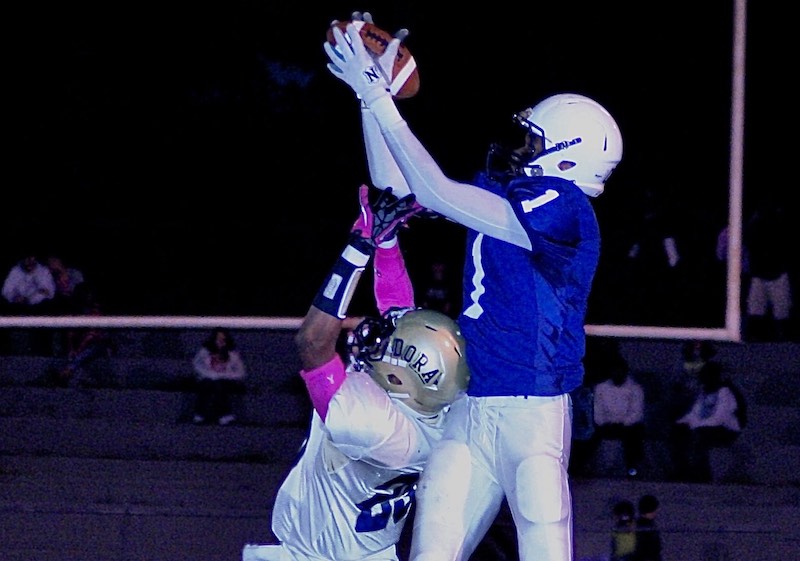 Satterfield was picked up by the New Jersey Generals of the United States Football League, a new spring football league created by Fox Sports. Satterfield, along with the other players in the league, are relishing the fact that they get another opportunity to step onto a football field, and the dominos that could fall if they play well.

“Most importantly, I was just grateful to be out there. The fact I was in that situation in that point in time is so great,” Satterfield said. “It feels like I was put there for a reason, and it was meant to happen that way.”

Satterfield did not stop there on the first drive of the brand new USFL league. The Generals worked the ball down to the Stallions three-yard line, and Satterfield motioned in to the right slot position. Perez took the snap and rolled out right. Satterfield darted to the back of the end zone and cut left. The separation Satterfield created was enough for Perez to hit him in the end zone with the first touchdown in the young league. Satterfield took a shot after the catch in the end zone, but held on to score the touchdown.

“I wasn’t expecting to be the first to score a touchdown, but I was trying to put my best foot forward,” Satterfield said.

The ball that Satterfield caught was taken directly after the score, taken off the field and shipped to Canton, Ohio to the Pro Football Hall of Fame to be immortalized as the first score in the USFL.

The Jemison product hauled in five catches on all five targets for 100 yards receiving and the score in the first quarter. Satterfield leads the Generals in receiving yards and is tied in receptions and targets through one game.

As for the experience of the league so far, Satterfield said he has been enjoying every moment. All of the USFL games are played in Birmingham at UAB’s Protective Stadium and all eight of the teams have their headquarters in The Magic City.

“It has definitely been everything it has been marketed to be, and a lot of professionalism going around across the board from trainers, coaches, owners, to players,” Satterfield said.

“Everyone who is a part of it is doing a great on telling us how to handle everything from pay checks, who we need to talk to about mental health, everything like that. It has been very well thought out, and everyone is doing things the right way.”

It’s a special opportunity that the USFL has given these football players, still trying to find their way professionally. For Satterfield, he is taking the opportunity head on, and could earn himself a spot in an NFL training camp in the summer, if the dominos fall correctly.