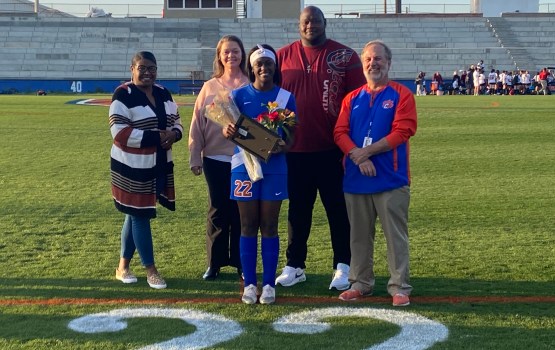 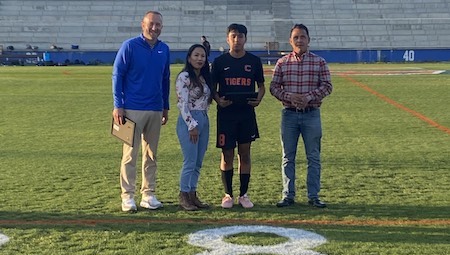 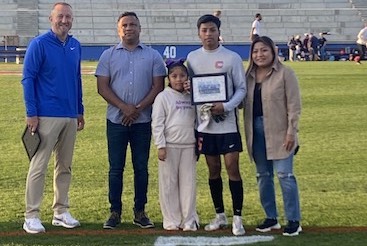 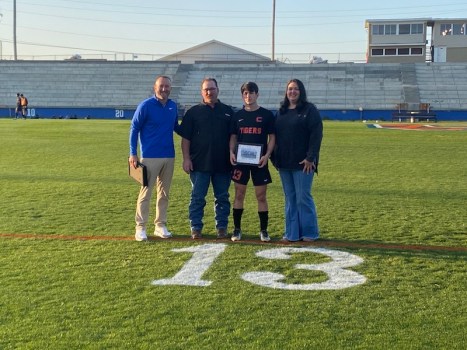 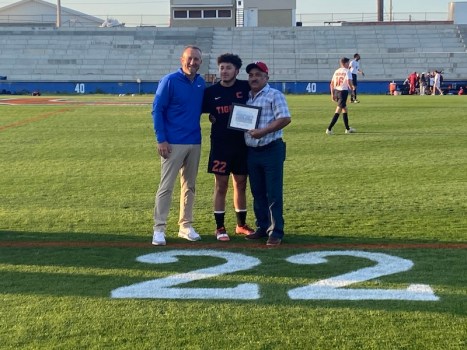 Jamiela Nunn was the lone senior on the Tigers girls squad, but she made her senior night memorable. Nunn was named the team captain for the game and traditionally a defender, the senior was moved to striker to try to get her first career goal.

That goal came for Nunn in the second half of her final game at CCHS.

CCHS is a very young squad, and the other nine goals were scored by underclassmen. Emma Elmore scored a hat trick with three goals to lead the Tigers. Karina Flores and Tamya Bulger each added a brace. Kendall Moore and Charleigh Hicks each put in a goal.

“We just have to keep remembering we’re young,” CCHS coach William Brooks said. “I’m proud of what they did, and for as young of a team we had, they held up pretty good.”

Hayden said over 30 girls have expressed interest in trying out for the team next year in May. That’s double the amount that came out for the team this season, and every girl was needed to field a full squad.

“It shows the interest is picking up, and these young players are only going to get better, so I’m very optimistic about next year,” Brooks said.

The CCHS varsity boys team sent their four seniors out on a high note as well. This senior class was especially significant for CCHS because these players were freshman when the program was brought back in 2019. The four seniors, Cleberson Martinez, Austin Cooedy, Jonathan Herrera and David Ramirez-Flores were described as “the bedrock of the team,” and a foundation for the growing program.

“It has been a ride for them, starting out with a lot of promise, and then we had COVID and the season was cut short. They’ve been through a lot,” CCHS coach Brandon Gurganus said. “It was great to be able to finish out on such a positive note for them.”

The Tigers finished 10-10-1 on the season overall.

On senior their night, both Martinez and Herrera scored goals against Shelby County. Gentry Elmore, Ramses Salgado and Tung Mai were the other goal scorers for the Tigers.

“We really came together as a team the second half of the season,” Gurganus said. “It’s a great way to end the season for our seniors.”

The AHSAA is realigning their high school soccer divisions, moving from area play to region play next season. With the movement going on, it is difficult to tell what the schedule may look like for both the boys and girls teams next season. However, the goals remain simple for the always growing program at CCHS.

“We’ve got the core of our team coming back next year,” Gurganus said. “We have to replace a really solid goalkeeper (Herrera), but we have high expectations, and the goal is to try to make the playoffs.”