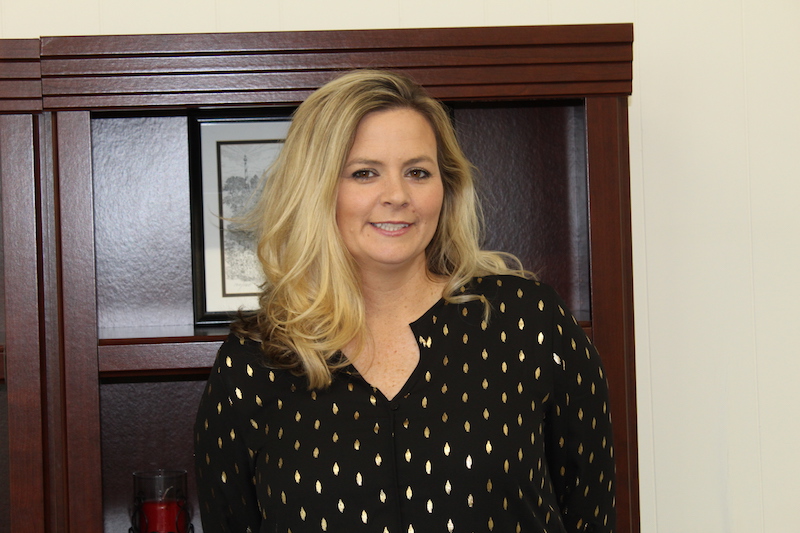 Whitney Barlow will be leaving the position of executive director of the Industrial Development Authority. (FILE | ADVERTISER)

Whitney Barlow will be leaving the position of executive director of the Industrial Development Authority.

“There have been a lot of personal attacks on Whitney,” IDA chair Allen Caton said.

Caton said he had asked Barlow to resign because the attacks against her and her family were creating roadblocks to positive progress.

Her last day will be April 29.

The board accepted an official letter of resignation on April 15. An executive session was called toward the beginning of the meeting, and Commissioner Allen Williams asked why the executive session was needed. In a Facebook post, he states the answer he was given was “take care of a grievance matter.” Executive session can legally be called to discuss matters of good name and character, in addition to a few other reasons.

Board member Jason Calhoun was the only board member that voted against accepting the resignation.

Barlow had two years left on her contract, but she has agreed to take a severance for the equivalent of one year’s salary. Caton said the severance pay would be around $89,000.

“She didn’t resign,” Caton said. “I went to her and I asked her to leave … She was deserving of something.”

Since the contract had two more years in it, Barlow could have asked that the board pay out the remainder of her contract.

“We are going to miss her,” Caton said.

The city of Clanton did leave the IDA in April 2021.

“That was their purpose of leaving the IDA because we would not let Whitney go,” Caton said. “We had no reason to let her go, she had not done anything to let her go for.”

Prior to leaving the IDA, the city of Clanton had formed an industrial development committee. Mims had said at the time that this committee would serve the needs of the city.

In the most recent County Commission meeting, Commissioner Allen Williams asked that the commission request an independent audit for 2019, 2020 and 2021. The commission approved the request. While the board has been audited in the past, these documents had not been requested by the full commission. However, financial statements had been provided to them.

“We have been mistreated,” Caton said. “We have been discriminated against. There are probably four or five other boards identical to us. You have the hospital board that is an autonomous board, just like us … They get close to $4 million a year, but they are not asked to do a certified audit … but because of us and because Allen Williams does not like Whitney or I, they voted for us to turn in a certified audit.”

Losing an executive director will have a negative impact on commercial projects along the interstate.

Caton said the commercial area that was set aside at Exit 212, which the IDA was working on securing projects for, would be negatively impacted because there would not be someone “to go and work on our behalf.”

All of the IDA board members serve in voluntary positions, appointed by elected leaders of the member governing bodies.

Caton expressed concern that Williams might get an end to the commission’s portion of funding for the IDA board approved, which could mean the IDA would be unable to hire another executive director.