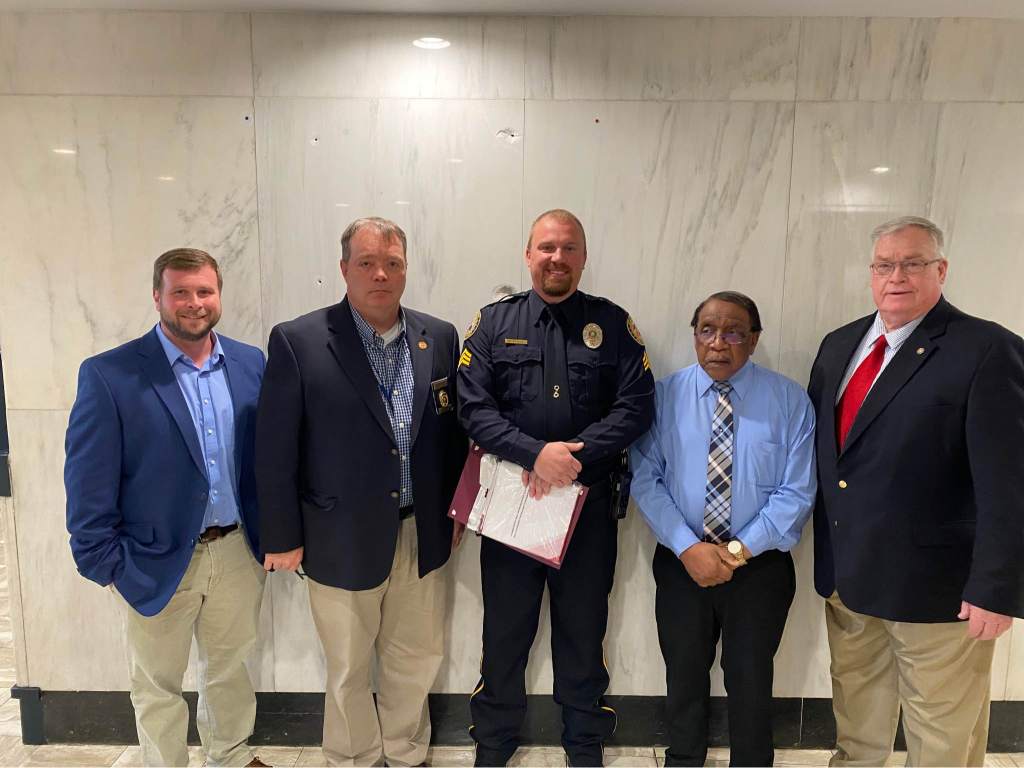 The Jemison City Council expressed their pride at Jemison Police officer Brandon Wright being recognized by the Alabama State Legislature for his service.

“It was a proud day,” Mayor Eddie Reed said. “Jemison has … the best officers in the state.”

Wright was recognized earlier this month for his heroic actions in protecting two community members from being shot in May 2021.

Wright had responded to a call where an individual was threatening two people with a gun.

Infrastructure improvements are in the beginning stages in the city.

The Main Street beautification project, which will replace the sidewalks and add lighting, is in the bid stage. The city will choose the lowest and best bid to select a company to complete the project. Reed said once the project gets started it will take a while to complete.

Upgrades have already begun at the city park, and Reed said community members are enjoying it. A new sign, similar to the one at Minooka Park, is being created for the park.

Also during the meeting, the council appointed council member Donna Manasco as the city’s delegate to the Alabama League of Municipalities annual meeting, which will be held in May.