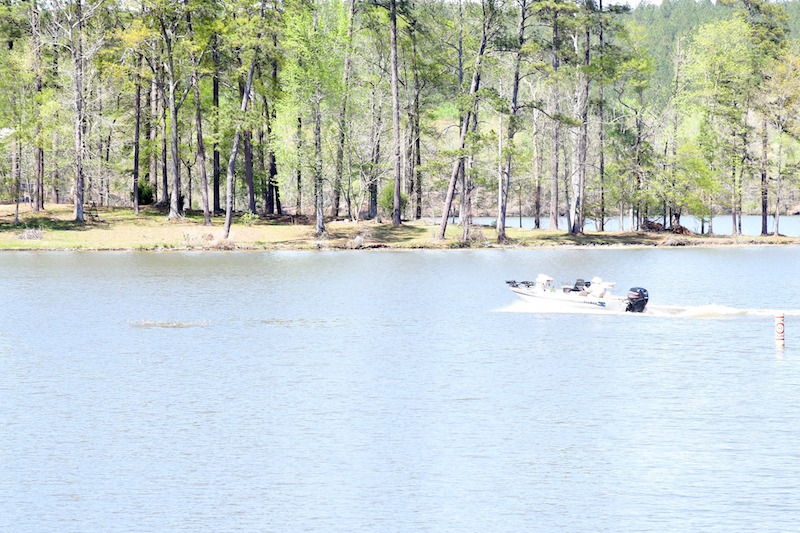 Lake Mitchell has a high concentration of nutrients, which can lead to the growth of harmful algal blooms. (FILE | ADVERTISER)

The Coosa River, which includes Lake Mitchell, has been placed on the American Rivers organization’s Most Endangered Rivers list for 2022.

Concern for the river stems from the number of chicken feces that flow into the river from commercial poultry farms along its route.

While commercial poultry is not a large industry here, contaminants can flow down river impacting other areas.

For Lake Mitchell, the main concern is the heavy nutrient pollution.

In a press release, American Rivers describes its annual list as “rivers at a crossroads, where key decisions in the coming months will determine the rivers’ fates.”

“America’s Most Endangered Rivers is an urgent call to action. This pollution threatens people and nature and could lead to more dangerous toxic algae outbreaks,” Ben Emanuel with American Rivers said. “Now is the time for everyone who cares about public health and a clean Coosa River to speak up.”

Coosa Riverkeeper has already chosen Lake Mitchell as a site for closer study in the next year. Bacteria monitoring has also been added to the main water analysis that Coosa Riverkeeper does.

“The waterway has a high level of nutrients to the point that it needs a pollution budget,” Overton said.

The biggest impactors are storm sewer runoff and water flow or changes to it. The number of permit holders in an area that are authorized to discharge into a body of water can also have an impact. American Rivers has expressed concern that the requirements of these permits are not always enforced.

“Having all of these excess nutrients create an environment in which the potential for harmful algal blooms is intensified,” Overton said.

How much of a concern harmful algal blooms is for Lake Mitchell will be better known this summer, which is a more prevalent growing time for algae.

Coosa Riverkeeper releases information about whether portions of the Coosa are safe to swim in through the summer through its Swim Guide available at coosariver.org/swimguide/

None of these concerns about Lake Mitchell should cause concern about local tap water. Although the city of Clanton does get its water from Lake Mitchell, the water is treated under the Alabama Department of Environmental and EPA guidelines before being delivered to consumers.

“We are constantly testing to ensure we are meeting those guidelines,” Stanley Higgins, Clanton director of utilities, said.

Water is tested daily and analysis are reported to the state on a monthly basis.

Waste water is treated at the waste water treatment plant following strict ADEM and EPA guidelines before being discharged into Walnut Creek.

Upgrades to the waste water treatment plant have been completed to increase capacity and even better results.

Those who suspect illegal, harmful pollution on their part of the Coosa can report it to Coosa Riverkeeper at coosariver.org/river/pollution/.

“One of the best things that the public can do is keep their eyes and ears and noses open to any fishy smells, anything that they may see and reporting that to Coosa Riverkeeper or to the Alabama Department of Environmental Management,” Overton said.

Overton said Coosa Riverkeeper does allow the complaint to be anonymous.

Pollutions complaints can be submitted to ADEM at app.adem.alabama.gov/complaints/submission.aspx.