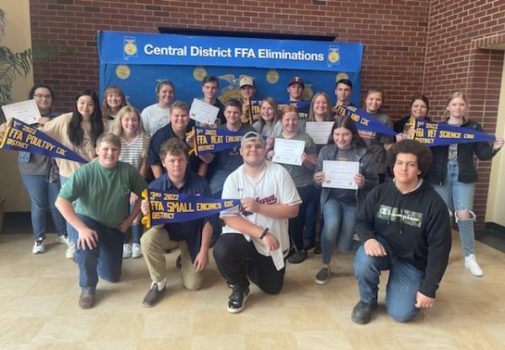 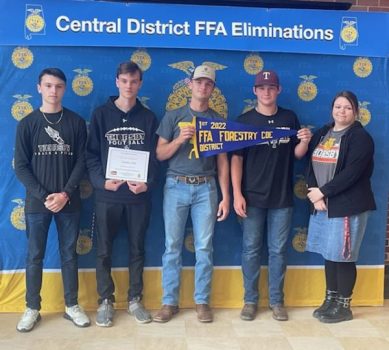 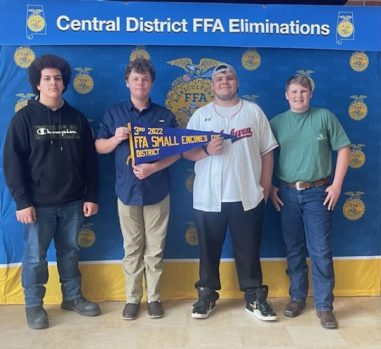 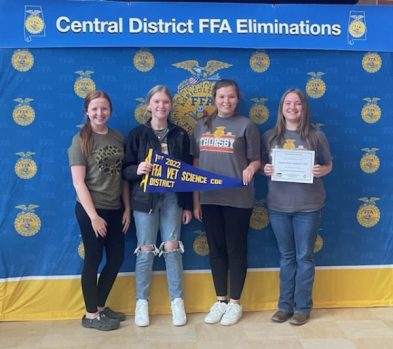 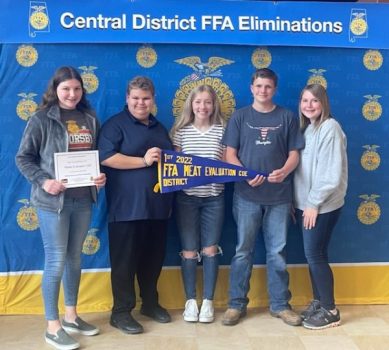 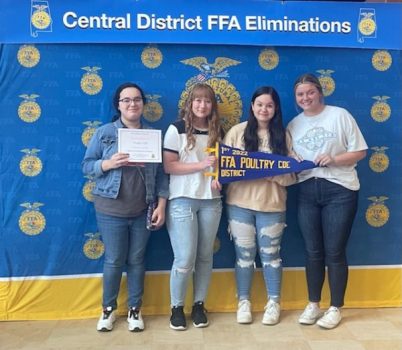 Out of the seven teams the Thorsby FFA program had this year, all seven made the state competition. The veterinary science, poultry evaluation, forestry, meats evaluation and small engines teams all joined the land judging and dairy teams as 2022 state competition participants.

“I’m really proud of all the hard work these kids have put in,” Thorsby FFA coordinator Brian Lucas said. “It’s not about being the smartest, you just have outworking and want it more and believe that you can.”

The students are able to pick the teams they are interested in, and Lucas places the students on the team that he feels they will do the best at. Lucas said his students are self-starters, and they police themselves when it comes to their work. On any given day inside the Thorsby FFA classroom, one can find five or six different groups working on trying to get better at identifications and studying for the written exams.

In groups like poultry evaluation, meats evaluation and small engines, the teams have two different forms of testing. The first is an identification part where students must identify things such as what part of the animal the piece of meat is from or what part of the engine is this. The second portion is a written exam that has a question bank of 500 questions. However, only a small portion of those questions are on the test.

“You have to study so much more,” Tori Mims, member of the land judging and veterinary science teams, said. “Getting the results is the most fun on this team because if you study and get the results, that’s what pays off.”

Most students work on their teams year-round, and these five teams will work into the summer past the final day of school at Thorsby.

Thorsby FFA gives students the opportunity to begin learning in the fields of study they are interested in at a young age. Spencer Guy, a member of the small engines team, is a seventh grader who wants to work in the mechanic field when he is older. The insight and hands-on activities he is gaining as just a seventh grader, Guy thinks this will benefit him greatly in the future. The small engines team finished third at the district competition to earn a spot at states.

“I want to work on these in the future, and I think it’ll help me in the long run,” Guy said. “We definitely would’ve liked to come in first at district, but we’re looking forward to state. We’ll practice as hard as we can together to put up some competition there.”

Haley Maddox, a member of the veterinary science team, is also getting invaluable experience by competing for a team in an industry she hopes to be in one day. Maddox wants to be a veterinarian when she is older and helped lead Thorsby to first in the central district competition. Maddox earned the highest score among all individuals at the competition as well.

“I’ve always wanted to do this team,” Maddox said. “I was so happy to finally be able to do it.”

With Alabama FFA competitions not competing in classes, Thorsby was able to send all seven teams to the state competition against 1A-7A schools. With the amount of time and work that the students put in, it is not hard to tell why the Thorsby FFA classroom is littered with blue and yellow pennants from past wins.

“It always helps when you have kids that are interested in what they are doing,” Lucas said. “These kids are special and I think they’ll do great at the state competition.”

The Alabama FFA State Convention is June 8-9 in Montgomery.