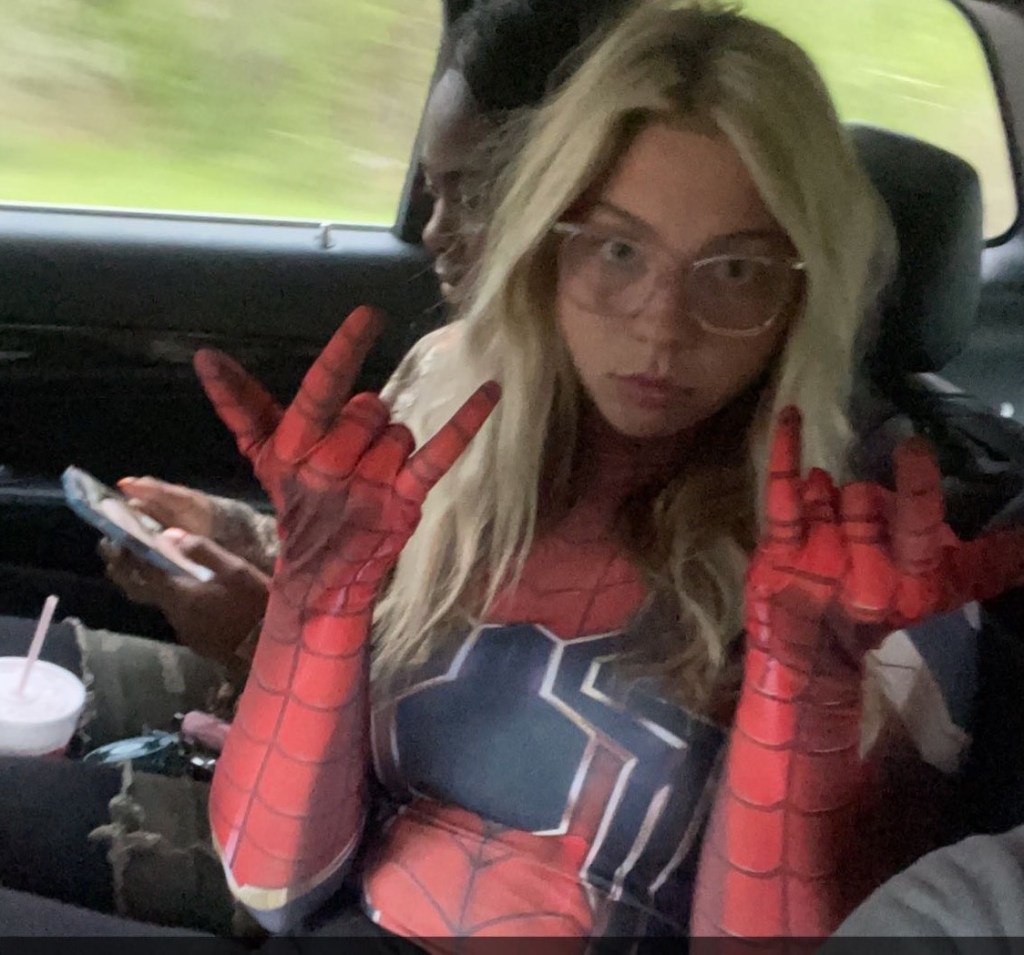 This is the costume Chilton County High School student Mallorie Adams said she wore when she attended a class at Jemison High School as a part of the senior prank. (MALLORIE ADAMS | CONTRIBUTED)

Senior pranks and the aftermath often invoke images of destruction of property.

This year, seniors at Chilton County High School and Jemison High School orchestrated a senior prank of another kind. The plan was to swap classes for a day on April 11.

“We thought it would be a great idea because no one has done it before, and we thought we would go down in history,” Haleigh Greer, a senior at Jemison High School, said.

Not everything went as planned.

Now, a petition on change.org has been started by a community member Tabatha Hunt, who states she does not have a student at either school, calling for the school to lift the punishment.

CCHS senior Mallorie Adams and Greer said initially all of the seniors were involved. Numbers had dwindled by the day of the event. Twelve students from CCHS, and four JHS students wound up participating.

“Me and three other friends got there, we get into a class we did the pledge of allegiance with everybody,” Adams said. “We are kind of unnoticed at this point.”

Adams was wearing a Spiderman costume and a camouflage jacket.

“We ended up getting kicked out of the first classroom, so we leave that one, we go back to our cars, and we are waiting on the second period bell to ring, so we can go back in,” Adams said. “The bell rings we all walk in.”

Adams said they walked by a police officer and a member of the school’s administration and “got away with it.”

On the way to the second class, her group received a call to leave the school. Another group had been caught and was detained by school administration. Adams said phones were also taken away.

Meanwhile at CCHS, four students from JHS met up with some CCHS seniors who showed them where to go.

A text from students at JHS let Greer’s group know that the other group had been found out.  Then, an announcement over the intercom asked teachers to have any unexpected guests stay where they were.

“We went out the back through the Clanton tunnel … and we went to our car, and we left,” Greer said.

The JHS students decided to go to their school, knowing suspension paperwork awaited them. Each was given three days of suspension. Athletes were also removed from the team for the rest of the season.

Greer said the JHS students involved were also not being allowed to take cap and gown pictures.

The aftermath for CCHS students has been suspensions with Adams saying students were also threatened to be charged with skipping school and trespassing.

“Ten of us got three-day suspension, and two got five days,” Adams said.

Adams said since they were not at their school, it should be considered an absence not skipping school.

Suspensions have the potential of impacting the seniors college plans since it will be on their record.

Adams said there have been numerous pranks in the past, one of which caused extensive damage to the gym floor.

“There has been so much else worse happen, and they didn’t react the way they reacted with us,” Adams said.

Social media has been abuzz with opinions. Some have highlighted the school security concerns that the prank highlights, while many have commented that the punishment does not seem to match the situation.

Adams said she thinks the large number of people in the community that think the punishment is more than the action deserves will result in the school system lessening the punishment.

The school system released the following statement in regards to the incident.