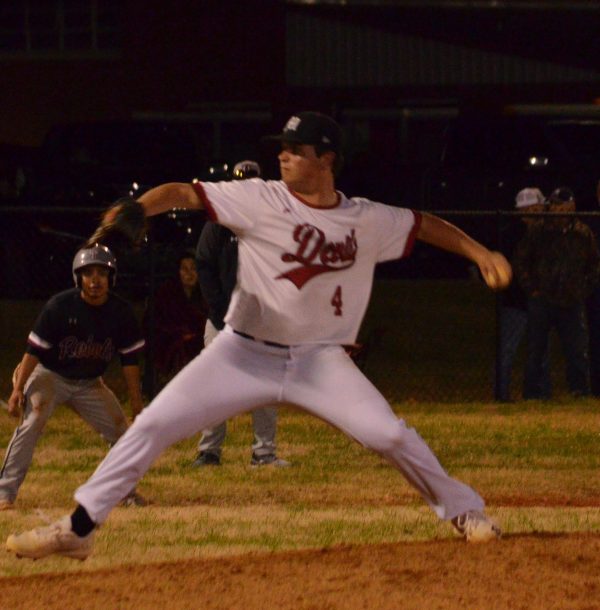 Maplesville High School’s Truett Smith is the week’s athlete of the week for his performance at the plate in the Red Devils 24-0 win over region foe Notasulga High School.

Smith, who is among that younger core on the Red Devils roster, and has been producing well in the middle of the Maplesville lineup this year.

Smith had his best game of the season on April 7 going 5-for-5 with two triples, one double, two singles, drove in six runs and scored four of his own. Smith’s two triples were both laced in the second inning, the second cleared the bases to put the Red Devil’s on top 16-0.

Smith also sees some time on the mound for Maplesville in certain situations and he has helped guide them to a perfect region record into the last week of the regular season.

“We’re still so young, but our guys are battling and the more baseball they play, they’re getting better,” Maplesville coach Justin Little said after Maplesville’s 12-2 win over Verbena on March 31.

Smith fits that mold having improved throughout the season and establishing himself in the Red Devils lineup for this season, and perhaps his next two seasons with Maplesville as well.

Maplesville is preparing for its final region series of the season against Billingsley High School, who also has not dropped a region game this season. While both teams are setup well to make the Class 1A state playoffs, Maplesville wants to earn that number one seed from Area 6 to hopefully make their journey towards a state championship a little easier.