No injuries in fire at daycare building 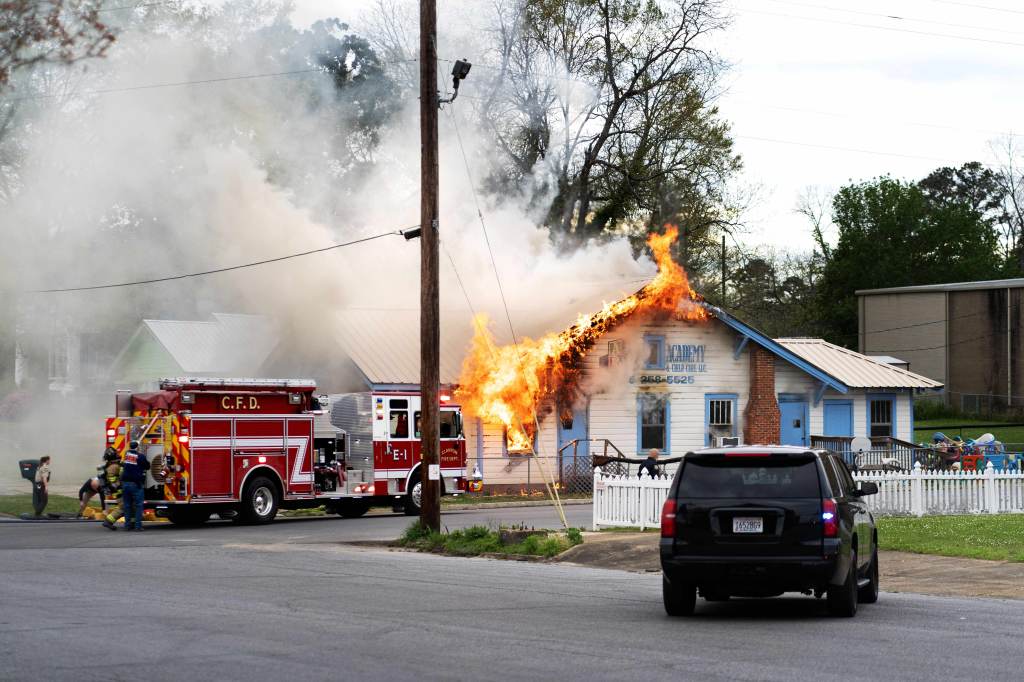 A fire has caused ABC Academy to shut down. The building was empty at the time. (DARALD DAUGHERTY | CONTRIBUTED)

A fire has caused extensive damage to ABC Academy and Child Care in Clanton.

Fortunately, no children of staff were in the building at the time. The facility had closed and everyone had left shortly before the fire started.

“The fact that we had just gotten out of there — my heart is still in my stomach,” director Juanita Astudillo said.

Clanton Fire Chief David Driver said the department was dispatched around 5:45 p.m. on April 8. The flames were under control in about 20 minutes. However, there was a lot of smoke and water damage. Most of the direct fire damage was on the right side of the building and the attic, Driver said.

“It appears to be accidental,” Driver said. “There was nothing suspicious about it.”

Astudillo heard about the fire from one of the parents that had previously had a child at the daycare. They had been driving by when they saw the flames.

Astudillo’s first thought was to check on the neighbors and warn them about the fire. She called twice with no answer, then they called to let her know they were all right.

“Thank God” it did not spread, she said.

The day care was ion the verge of marking its sixth-year anniversary of opening. Now, it is closed because of the damage.

“This is awful,” Astudillo said.

Astudillo had concerns about cars hitting the building because of its location but “never would have imagined” a fire.

“I feel for our parents,” Astudillo said.