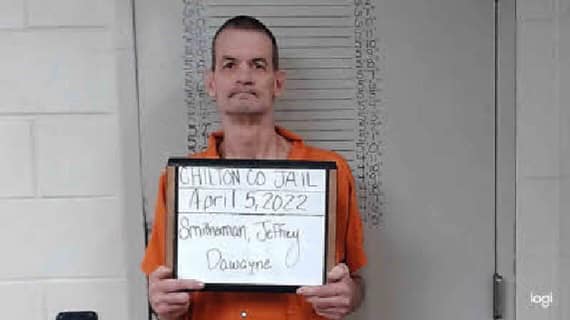 The Chilton County Sheriff’s Office Special Operation Division made multiple arrests were on April 5 after receiving a crime tip from a community member. In total, six arrests were made.

“Incredible work that too often goes unrecognized by our Special Operations Division. Our officers, no matter their title or position within our office, diligently go to battle on the war on drugs every day,” Shearon said. “From our Corrections Officers to myself, personally, we are working to take every ounce of illegal drugs out of our communities.”

“Smitherman was located hiding under a couch inside the residence and was arrested on an outstanding warrant for Failure to Appear on three counts of Burglary 3rd Degree, and two counts of Theft of Property,” Sheriff John Shearon said in a release. “Jones was arrested without incident on an outstanding warrant for Violation of Community Corrections.”

While there, officers learned the location of Cory Dawayne Smitherman, a 35-year-old white male, who had an outstanding warrant for failure to appear on receiving stolen property first degree.
Smitherman was found on County Road 809 and arrested.
“He was also found to be in possession of Methamphetamine and Drug Paraphernalia,” Shearon said. “He was additionally charged with Unlawful Possession of Controlled Substance and Unlawful Possession of Drug Paraphernalia. Further investigation at the second residence also led to the recovery of additional amounts of Methamphetamine and items of Drug Paraphernalia.”