Tigers fall to Huskies in softball 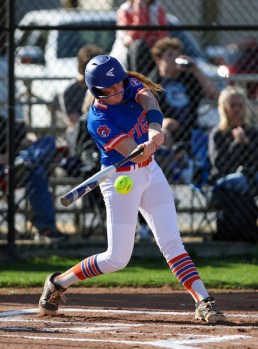 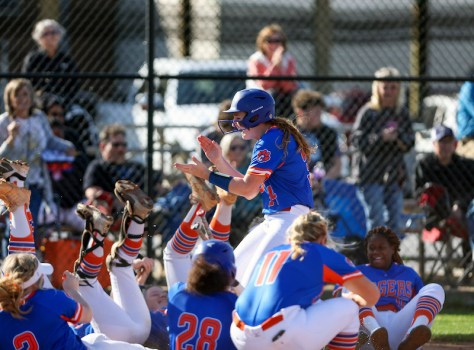 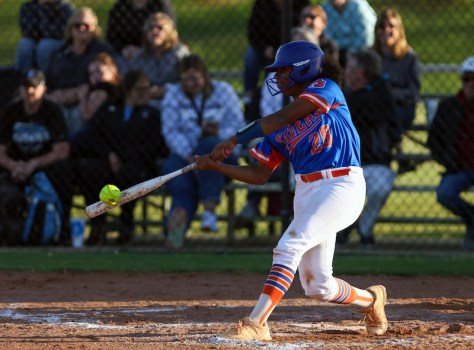 Tyeshia Williams led the Tigers at the plate with a 2 for 3 performance with a pair of doubles and a RBI. (BRANDON SUMRALL | SPECIAL)

An April 7 area matchup between Helena and Chilton County High School didn’t exactly go the way the Tigers would have hoped for as the visiting Huskies run ruled the Tigers for the second time this season, this time to the tune of 15-4 in six innings.

A one out single by Alexandra Erwin during the top of the first inning got CCHS off on the right foot as the Tigers were the first on the scoreboard during the home half of the inning thanks to a solo shot by Marlie Giles off the right field bullseye to put CCHS up 1-0.

Camryn Bailey added a one out double for Helena in the second that was followed by a pair of fly balls outs by Helena to end the top of the second inning while Emma Kate Locke added a two out double for the Tigers which did little to help Chilton County after a inning ending strike out.

After two innings of play, the Tigers lead 1-0.

The third inning of the contest saw things begin to unravel for the Tigers as an RBI single from Erwin and a two RBI double by Alana Scott plus a CCHS error aided in the Huskies posting a five spot on the scoreboard during the half inning to take a 5-1 lead. With Chilton County going down in order during the home half of the inning, action moved to the top of the fourth with Helena ahead four.

A one out triple by Victoria Mauterer set up a RBI single by Presley Lively. With RBI singles by Erwin and Ann Marie Stanbridge later in the inning, Helena posted four more runs on the inning to make the score 9-1 as action moved to the home half of the inning.

Tyeshia Williams got the home half of the fourth started for the Tigers with a double back up the middle and later scored on a RBI ground-out by Emma Deason to bring the score to 9-2 after four innings of play.

The Huskies continued to keep the bats going during the top of the fifth as RBI singles by Stanbridge and Sara Ezekial, along with a pair of Chilton County errors aided in Helena adding four more runs to their tally to push them out in front by 11.

The bottom half of the fifth inning saw the Tigers answer once again as Emma Kate Locke got the inning started with a leadoff walk that set up a RBI single by Macey Pierce. Williams later scored Pierce on a RBI double that would bring the score to 13-4 after five innings of play.

Helena posted two more through the top half of the sixth inning thanks to a sacrifice fly from Erwin along with a RBI single from Stanbridge the made it an 11 run lead while a leadoff single by Anna Burnett during the home half of the inning would be followed by three straight outs that sealed the deal for the Tigers while guaranteeing a 15-4 victory for Helena thanks to the 10 run mercy rule.

Deason got the start for the Lady Tigers in the circle and three 3 1/3 innings while allowing six earned runs on nine hits with one strike out. Williams led CCHs at the plate with a 2 for 3 performance with a pair of doubles and a RBI.

Stanbridge handled the pitching for Helena and threw a complete game while allowing four earned runs on seven hits with two walks and four strikeouts. Stanbridge led the Huskies at the plate with a 5 for 5 performance with four singles, a double and three RBI’s.