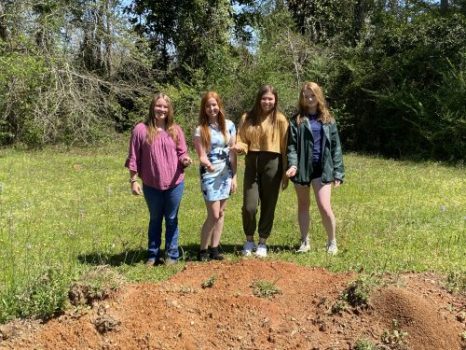 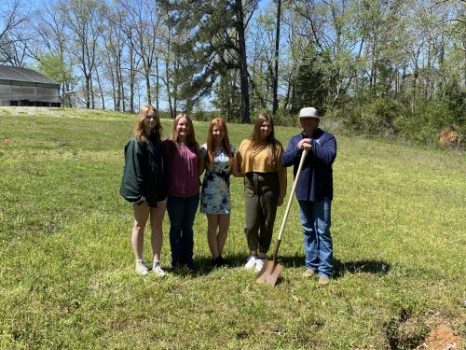 “This team works so hard, and I love working with them,” Thorsby FFA advisor Brian Lucas said. “I know how hard they work and how much they want to win, it’s a hard contest to win, and you need that experience to go through different scenarios. Going into the state competition I knew they were going to be really good.”

Lucas told the team they needed scores of 200 or better, and their soil and slope identification had to be almost perfect to put them in a good position to win the competition. The team responded, and all four members posted a score of 200 points or better and placed in the top 10.

In land judging competitions, the soil and slope identifications are what set teams apart from one another, and Thorsby’s identification is perhaps the best in the state.

“Land judging is the hardest thing because it makes you second guess yourself,” Tori Mims said. “Things are so close, like soil texture, the difference between soils is very small.”

All four members have been involved in FFA for many years. Prady and Maddox began FFA in seventh grade while Tori Mims started in eighth grade and Mesha Mims in ninth grade. All of which bring extensive knowledge gained over the years from Lucas and the Thorsby FFA program.

“The years trying to get here, it was so hard and we went thru so many different team members,” Prady said. “Nothing in the FFA is easy, but land judging is not something everyone is familiar with so it was really hard to win. I’ve been doing it for so long, the road to get (to the national competition) has been crazy.”

In land judging, pits are dug into the ground at least 44 inches, and the competitors go down into the pit and measure overall soil depth, top soil and sub soil depth till it hits a rock layer. They also determine erosion of the area and take soil from the pit to determine the texture and permeability of it.

There are four different land sites the competitors must survey in cropland, pastureland, forestland and homesite.

In the national competition, all scores on the team will be combined to determine a winner, unlike the state competition where the lowest score on the team was dropped. For Thorsby, this could be a great benefactor with all four of their state scores being in the top 10.

“If all of us work together, we have a better chance of winning than one person going for a perfect score,” Tori Mims said. “We always help each other, we’d rather win as a team than individuals.”

All four ladies are very excited to represent the state of Alabama at the national competition.

“Everyone’s from different places, like people from Hawaii and Washington, and it’s cool to see,” Prady said. “It’s cool to represent your state because I feel like Alabama doesn’t get that good of a rep, and we’re all very smart and it’s taken a lot to get there.”

Although all four ladies want to explore different career paths after high school, land judging is something they can use in the future.

Mesha Mims and Maddox both agree that it can really help when the time comes to buy a house of their own. Mesha Mims said “most people would go inside and look at the house in there, I’ll go outside and dig a hole to see if the land is sustainable enough to support a foundation.”

Maddox wants to be a veterinarian after high school.

Prady and Tori Mims each want to continue to be involved in agriculture in some form after high school. Prady wants to own a big farm with farm animals like horses and cows on the property. Land judging would come in handy for her when surveying pastureland or cropland for use.

Tori Mims wants to follow in the steps of Lucas and become an agriculture teacher, but she also aspires to become a lawyer. She plans to pursue both her agriculture education and pre-law paths simultaneously, and wants to work in both sectors one day.

For Lucas, getting to see the growth of this students has been second to none. Land judging is a skill that improves the more often one does it. The team at Thorsby is hoping to not only win a national championship, but help better understand agriculture and land to produce a better agriculture future for themselves, and the community.

“We’re all so dependent on agriculture … we do live in a land of plenty, but we take it for granted sometimes,” Lucas said. “History tends to repeat itself.”