COLUMN: Shooting for the Stars 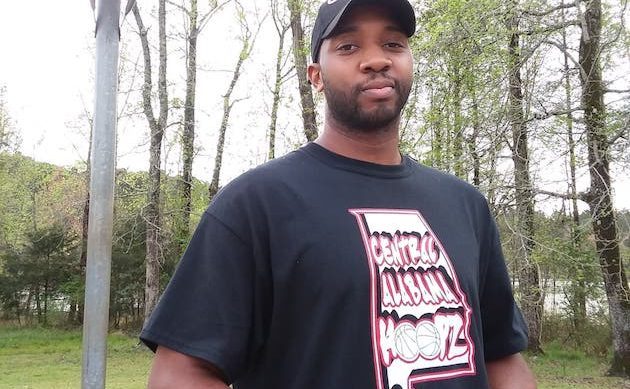 Vince Olanrewaju can frequently be found in local parks after school helping players practice and giving tips on their gameplay. (CONTRIBUTED)

Clanton resident and native Vince Olanrewaju knows first-hand how it feels when youth have someone cheering them on from the stands.

Olanrewaju, who played basketball for Jemison High School and Chilton County High School, said having mentors in his own life was a positive outlet for him.

“When I was a young kid, there were two mentors that most definitely helped me,” said Olanrewaju. “James Dudley and Shatorrie Williams would come by my house and pick me up to go to the Y.M.C.A andplay basketball. Sometimes James would walk halfway to my house to meet me and we would walk the rest of the way to the Y.M.C.A to play basketball together.”

Since 2017, Olanrewaju has featured basketball highlights from local games on his social media pages Central Alabama Hoopz from players ranging from 5 years old and up.

“Who is the GOAT?” is a popular topic and conversation on the court, an acronym for “Greatest of All Time” — a title that every player quickly claims when asked.

Olanrewaju said that he wants to be the positive influence he experienced as a youth for other players.

“I reach out to young men and women and let them know that I think they have potential,” said Olanrewaju. “I am always at Jemison City Park. I am always playing, and if you want to practice — I can help. I want to be the extra push and motivation that our young people are looking for and help them accomplish their dreams.”

Players are advocating for an additional basketball court to be added to Jemison City Park so that small children and teenagers have adequate room to play after school without fear of running into one another. The new court would ideally feature a finer grain surface similar to tennis courts.

“Playing basketball has not only allowed me to form a relationship with the community but has also helped me build on my own personal relationships within my own family,” said Olanrewaju. “When I see my younger cousins who also play basketball, it gives us something to talk about.”