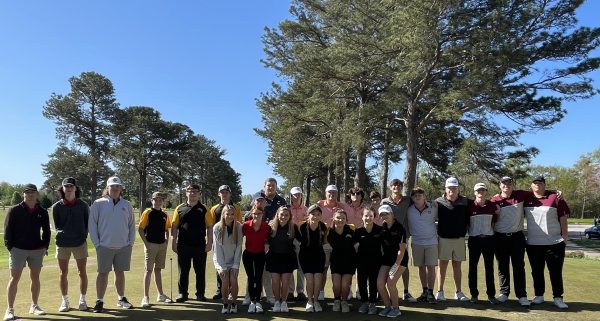 Golfers from five local high schools represented before the start of the tournament. (PAUL DUBOSE | CONTRIBUTED) 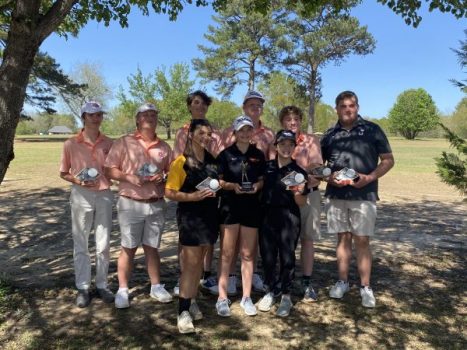 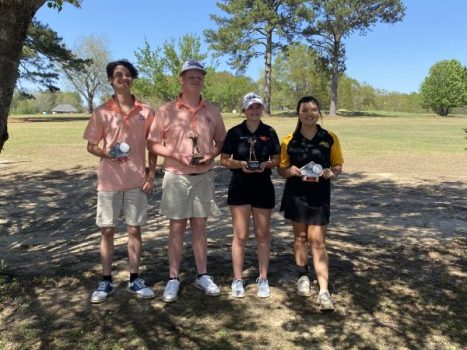 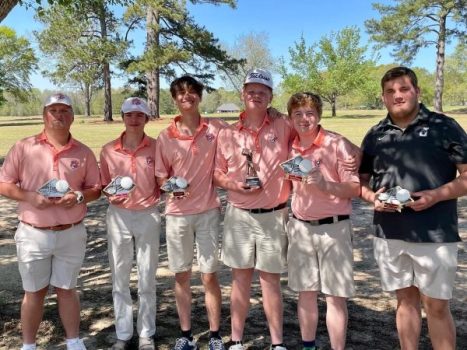 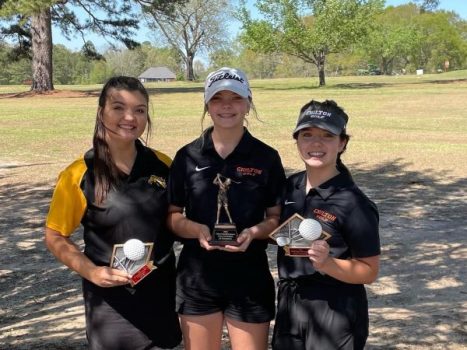 Ella Young posted a career best 87 for CCHS to win her second consecutive county title. Ethan Jones won the boys tournament with a 77.

April 15 is the deadline to qualify for sectionals, which will be held on April 25. After bad weather the previous night, the sunshine was out in full force.

“Playing 18 holes not only helps our kids but other kids in the county make it to sectionals,” CCHS coach Paul Dubose said. “It was important these kids got a chance to play.”

Contests and awards were added to this year’s tournament to hopefully draw more interest to golf in the county.

CCHS’s Aiden Cleckler finished runner-up with a 79 for the boys. Isabella’s Danielle Gilliland shot a 98 to finish in second place in the girls tournament.

“It was nice to see the bottom end do as well as they did today,” Dubose said. “I was very pleased to see my three through five (golfers) doing well.”

Gilliland has qualified for sectionals for the Mustangs as the lone senior among the five Isabella golfers. The rest are ninth and 10th graders.

“As a whole, they’ve all improved, and that’s all you can ask for is improvement,” Isabella coach Derrick Littleton said. “The future will be pretty good.”

Brody Mazingo of Jemison  won the most improved award by improving by six strokes from the front nine to back nine.

Along with Ben Jackson, who qualified for sectionals for the Panthers, both golfers have helped Jemison improve throughout the year.

“It’s getting towards the end and we’re trying to improve and be consistent, that’s the biggest thing,” Dubose said. “Keep trying to find as many strokes as possible.”