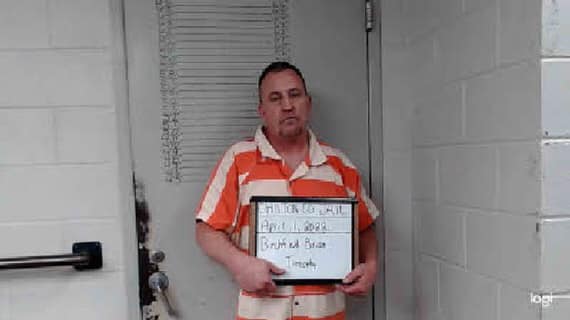 A traffic stop of a motorcycle for not having a license plate led to a drug charges arrest on April 1.

He was also charged with several traffic violations.

The Special Operations Division of the Chilton County Sheriff’s Office saw Birchfield riding his motorcycle without a tag near County Road 51 and County Road 43 on April 1.

“Investigators attempted to stop the motorcycle for the traffic violation,” Sherriff John Shearon said in a released statement. “The driver refused to yield and led Investigators on a brief vehicle pursuit. The driver attempted to turn around on the right of way of County Road 448 near Alabama Highway 145 but was unable to keep the motorcycle upright, causing it to fall over on its side in the grass.”

When the investigators tried to arrest Birchfield, a short struggle ensued.

“Birchfield was out of bond at the time of this offense for a previous felony drug arrest,” Shearon said. “The Sheriff’s Office has asked the District Attorney’s Office to petition the Court to revoke Birchfield’s bond in that case.”

“Our Special Operations Division is constantly following up on leads among other duties within their day to day operations,” Shearon said. “Situations like this, where they go above and beyond ‘just following up’ on an investigation make them an invaluable asset to our office.”