Traffic stop leads to discovery of 25 gram of meth 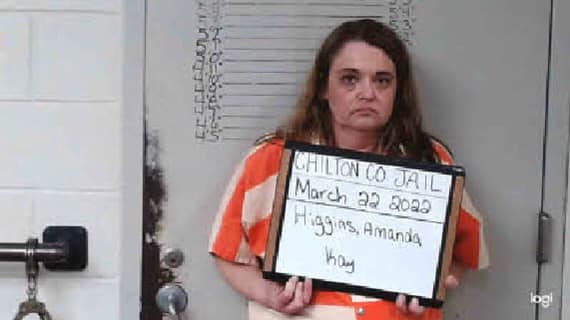 A recent Chilton County Sheriff’s Office traffic stop for vehicle that was following too closely led to drug-related arrest.

after she was stopped for following too closely and approximately 25.2 grams of methamphetamine was found in her possession.

According to information released on April 4, the traffic stop occurred near Alabama Highway 145 and Interstate 65 on March 22.

“While speaking with the violator, Sgt. Davenport observed signs of the female being under the influence of a controlled substance,” Sheriff John Shearon said in the released statement.

During the stop, Higgins said she has used methamphetamine earlier that night.