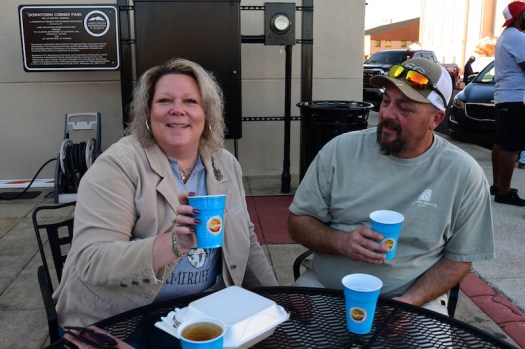 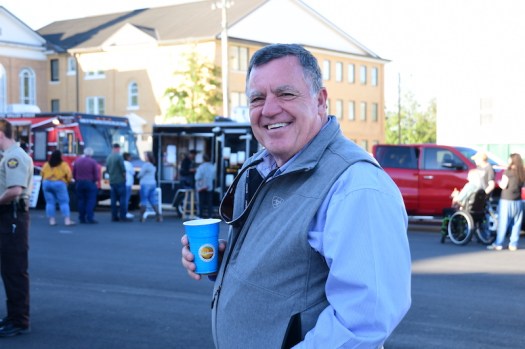 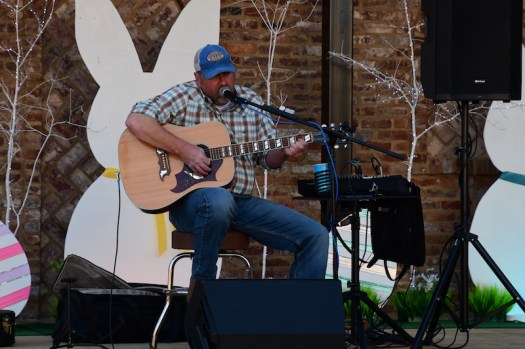 Live music was a part of the event. (JOYANNA LOVE | ADVERTISER) 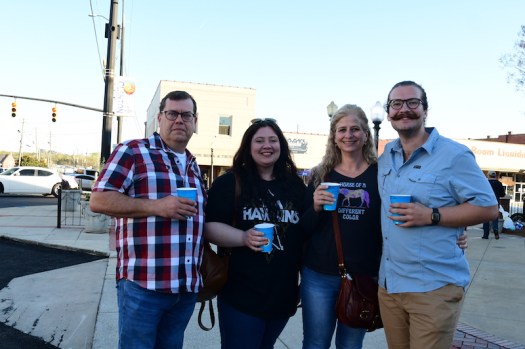 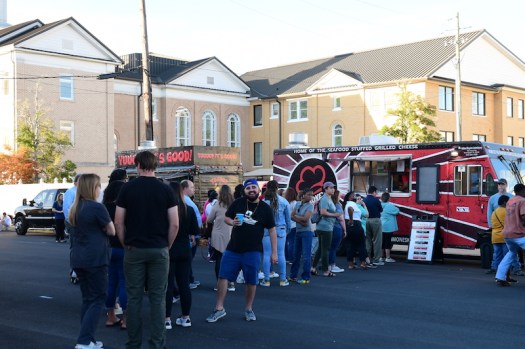 The food trucks were popular at the event. (JOYANNA LOVE | ADVERTISER)

The City of Clanton Peach Entertainment District officially opened on April 1 with a premiere event near Corner Park.

Live music and food trucks were onsite, and the street was blocked off for the event. Several downtown retailers also stayed open later than usual.

Many attendees were excited about the prospect of the future for the district and other opportunities it might spark.

Lynn Potter said it was time for something like this in Clanton because there needs to be more entertainment options.

DeAngela Tyus said she was looking forward to more events in the district that would bring people together for food and music.

Those who were taking advantage of the opportunity to drink open container alcoholic beverages held blue plastic cups with the city’s logo and the date that the beverage was purchased.

The Bearded Peach is the closest establishment to Corner Park that serves alcohol, but Maddogs Grill, El Agave and Neighborhood Grill are also within the district presenting them with opportunities for outdoor events with food and alcohol in the future.

“I think it is great,” Caleb Duke said. “Clanton is a growing area. It is good to see revitalization.”

He said the event had a good atmosphere.

Jimmy Duke, who moved to Chilton County from Birmingham, said the entertainment district creates some of the opportunities that he has missed.

To Justin Stafford, the district was something “long needed” in Clanton. He said it “opens up a lot of room for opportunities in downtown Clanton” and for future growth.

During the event, Stafford said he was enjoying spending time with friends and the opportunity to spend money in Clanton on a Friday night.

Clanton Police Department and Chilton County Sheriff Office personnel were on the scene, and police vehicles were used to help block the street.

Food trucks wanting to set up in the district, or anywhere else in the city, must get a permit from City Hall.

The district will be open Monday through Saturday 5 p.m. until midnight.

Residents are prohibited from bringing open container alcoholic beverages from outside the district into it.

Banners on utility poles in downtown Clanton mark the boundary of the district.

Creating the district has been promoted as a way to increase evening business downtown and increase the entertainment events at Corner Park.