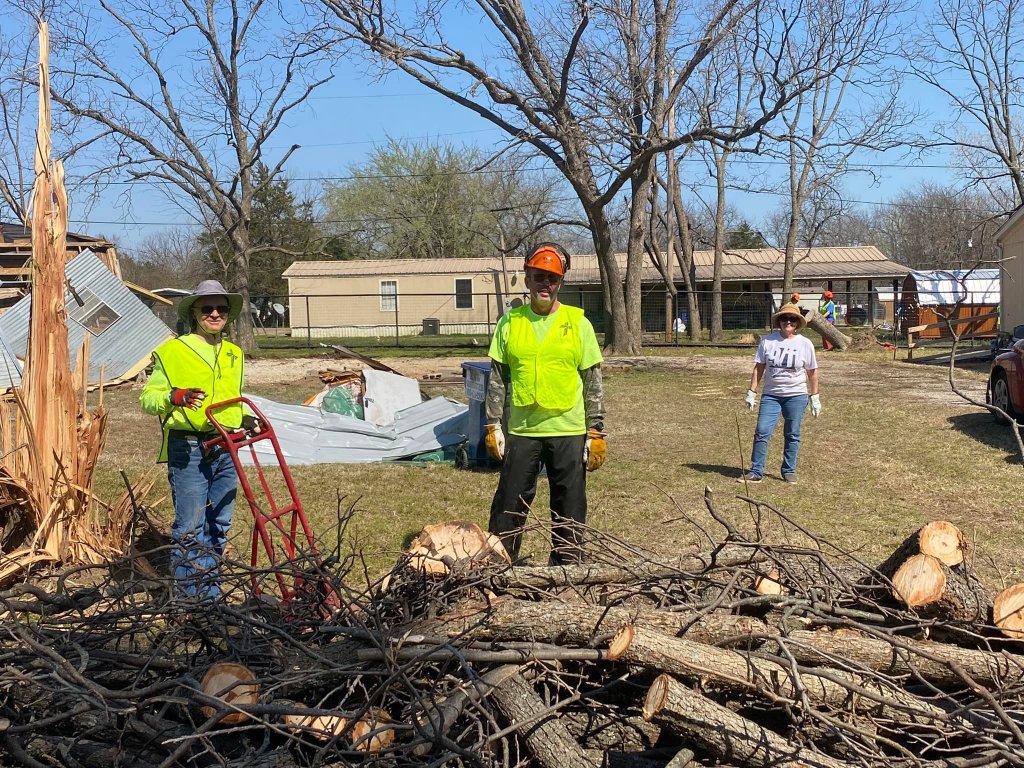 As warmer weather rolls in Alabama, inclement weather does, too. It is not a secret that this time of year brings sunshine but also the possibility of straight-line winds and tornados — sometimes leaving towns devastated. Since 2005, the United Cajun Navy, a nonprofit organization based in Louisiana has been helping communities during storm damage crisis. Volunteers from the organization drive to the affected area and organize relief by cutting and clearing trees, cleaning debris, dispatching volunteers and providing relief to the storm victims. This February, President and Founder Todd Terrell extended the organization’s region so that each state has a chapter. Jemison residents, Jessica Frost and Cameron Lusk, are members of the new Alabama chapter and looking to recruit more volunteers to help when disaster strikes.

“We are looking for volunteers that can show up and help when disasters hit our area,” said Frost. “We are building this local chapter from the ground up and need people to assist in multiple areas. We need folks from different backgrounds who can help organize the volunteers into different areas, sign-in and sign-out volunteers when they go out to volunteer so we know that they come back and we aren’t missing anyone. We need chainsaw teams and heavy equipment. We need fundraisers. Basically, if you have a desire to help others, we have a place for you.

“I was at home watching TV and saw a mother on the news,” said Frost. “She had two children the same age as mine. The roof had been ripped off her home and it was raining inside her house. It broke my heart because I put myself in her shoes. There was another lady who was 83 years old that was trapped inside her home. I knew that we needed to give back instead of staying in the safety of our bubble. We needed to go help.”

Volunteers with special skills and trades such as medical, EMT training and equipment operators are beneficial but the organization is seeking individual volunteers from various backgrounds.

“If you are 17-75 and want to volunteer, we need you,” said Lusk. “We need people that can organize clothing drives. We need chainsaw teams. We need people distributing tents. We need volunteers handing out water to other volunteers to motivate good morale. If you are a grandmother who usually stays at home knitting, we can put that to use, too! There is a place for everyone.”

During community crises, designated areas are set up in the community where volunteers may set up their tents or campers. With Alabama now having its own chapter, organizers are hopeful that the events will be more accommodating to families with small children that want to volunteer and can also be near their home.

“We don’t expect you to respond to every disaster in our area, just help whenever you’re available,” said Frost.

“When people are experiencing the worst moment of their life, the last thing they need is someone taking advantage of them,” said Lusk. “To come alongside of them and be there for them, it changes their lives. It changes their mentality. It helps make the world a better place.”

For more information and to register as a volunteer, visit www.unitedcajunnavy.org.