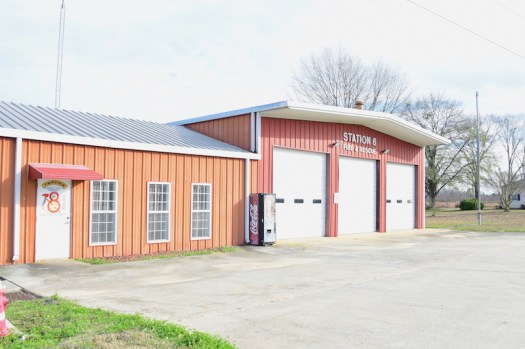 Fairview Volunteer Fire and Rescue is just one of the 12 rural fire departments that serve Chilton County. (FILE | ADVERTISER) 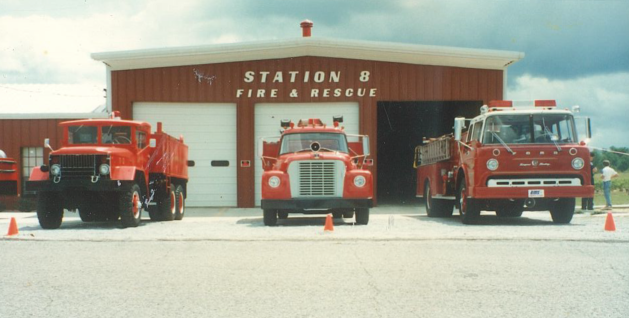 Fairview Volunteer Fire and Rescue as it looked in the late 80s/ early 90s. (FILE | ADVERTISER)

EDITOR’S NOTE: This article originally published in “Progress 2022: Centers of Community” copies are available at The Clanton Advertiser office.

PHOTOS CONTRIBUTED AND BY JOYANNA LOVE

Emergency response was needed to a structure fire in the Fairview community.

Chief Joe Cole and other volunteer firefighters got out of bed and rushed to the scene.

After two hours, Cole went home long enough to take a shower and get ready for work before heading out again to his paying job.

This could be a typical day for any of the 100 or so volunteer firemen in Chilton County.

Volunteers in 12 rural volunteer fire and rescue departments serve as the closest emergency response stations for many in the county.

“It’s extremely important,” Cole said. “Life without your rural fire departments would be much more grim.”

He said volunteers with emergency medical training are often closer to someone than an ambulance in emergency situations.

“We carry most of the same equipment your ambulances carry,” Cole said. “… For me, it’s something I am very proud of, I hope the citizens feel the same way.”

Residents join because they want to help the community, and they receive zero monetary compensation.

“The only thing they ever get paid is if they get a ‘Thank you, we appreciate you helping us,’” Butch Billingsley, chair of the Chilton County Volunteer Firefighters Association, said.

He became a volunteer in 1979 at the Enterprise station as a way to give back to his community.

Billingsley said he knows some who have started volunteering after volunteers responded to a fire at their house.

In addition to having trained emergency personnel on call who respond to medical or fire emergencies as available, having the rural fire departments also helps residents on home owners insurance costs because of Insurance Services Office ratings.

Lower is better when it comes to an ISO rating. Many of the rural departments have been able to get to a five, while all of the departments are eight or lower, Billingsley said. The rating system is one to 10.

Billingsley said the lower ISO ratings can save insured homeowners hundreds of dollars.

Cole said getting a five was a “huge achievement” for stations like Fairview.

Many of the fire departments serve as places for residents in the rural areas to come together for events.

“One year, we had pancakes with The Grinch, which was free to the community … some years we just do an open house where we invite the community to come stop in,” Cole said of Fairview. “We generally offer some kind of food and entertainment for them. Throughout the year, we offer different types of training for the community.”

CPR classes are offered on a regular basis.

Volunteer stations still have expenses. Funding for this is given through a property ad valorem tax outside municipal boundaries.

Some additional funding is received from an Emergency Medical Service related tax.

Billingsley said each department receives about $50,000.

“Out of that $50,000, they have to pay for their trucks, upkeep of their trucks, their gas, their fuel, their equipment, their building, their insurance, their water, their power,” Billingsley said.

These funds often do not cover everything.

To make up the difference, fire departments hold fundraisers and accept donations.

In recent years, many of the rural volunteer fire departments in Chilton County have made improvements through grants. Union Grove was able to purchase a ladder truck. East Chilton and Gap of the Mountain secured funding for P25 radios that will be required as a part of the countywide emergency communications updates. Cedar Grove secured this funding

as well as funds for a LUCAS chest compression system that will continue to administer CPR to a patient while the paramedic gives other aid. Fairview secured funding for a LUCAS device and updated rescue equipment with new extrication tools and a heart monitor.

Training opportunities have also expanded over the years, including the opportunity to take online courses through the Alabama Fire College. There are also different levels of rescue training. Volunteers have to complete continuing education courses to stay certified at their own cost.

Cole said improving service and equipment is an ongoing process, but the department has come a long way in its 49 years of serving the community.

“Back in the beginning, most of our equipment was obtained through the state surplus items, we had help from the Alabama Forestry Commission on obtaining trucks and things of that nature — which meant a lot of the equipment was already worn out when we got it, so there was tons of maintenance involved … Today, we have fairly new equipment,” Cole said. “All of our six trucks are fairly new and do not require near as much maintenance.”

One project for the Chilton County Volunteer Firefighters Association has been upgrading its system from communicating with Chilton County 911, other departments and other firefighters when responding to a scene.

“We have come together and organized, and we have worked on getting our VHF radio system updated,” Billingsley said. “For years, we operated with like four repeaters.”

The system now has 10 repeaters.

Four of the repeaters for the radio system

This system will continue to be important to the fire departments even after the conversion to the countywide P25 system, which is still under construction, because a backup system is required for a good ISO rating.

Qualifications are simple — be able to pass a background check and a drug test.

“There is always something that you can do in the volunteer fire department,” Billingsley said.

However, volunteer opportunities go beyond being able to respond to fires or medical emergencies. Volunteers are also needed to complete paperwork, do lawn care at the fire station as well as cleaning the stations and the vehicles.

“There is something for anyone who wants to be involved in the volunteer fire department,” Billingsley said.

Billingsley said having younger adults who want to help

is needed also. Some who have started in volunteer departments have gone on to a career at a paid fire department as a firefighter.

Cole said he has continued volunteering because “I really enjoy serving the community.”

“We live in an area we serve, most of the calls we run, we either know the people, went to school with them or their children or another relative,” Cole said.

Anyone interested in joining a department can contact the department they are wanting to join to ask about getting involved.

“I wasn’t quite sure what I wanted to do in life,” Cole said. “I thought being a fireman would be cool before I actually went and applied to a department, I decided I would join the local volunteer fire department, see what it was like, get a taste of and just see if I had the guts to do it.”

While volunteering, Cole found he enjoyed the work and later developed an interest in becoming an EMT.

“I used my EMT license to work and pay my way through college,” Cole said.

Matt Rollan, chief for the Gap of the Mountain station, said being a part of the department is important to him to help his community. He has been with the department for 23 years.

Each time his department is able to save someone’s property from a fire it is a reminder of how important being a volunteer is.