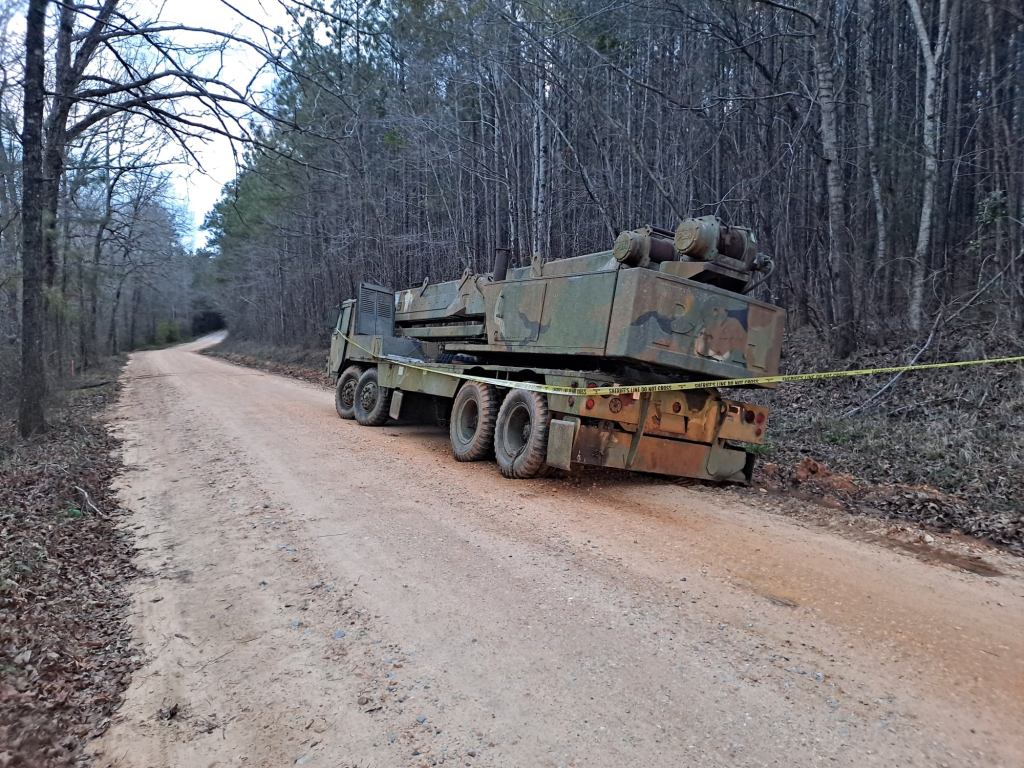 The Sheriff’s Office responded to County Road 358 after a local wrecker service owner called to report the attempted theft of a 70-ton crane. (CCSO | SUBMITTED)

The Chilton County Sheriff’s Office arrested Johnny Kent Mims, 26, on charges of theft of property first degree and violation of probation after he was found to be in the process of stealing a 70-ton crane.

Mims was arrested on March 15 after investigators located him.

“We have worked a lot of theft cases over the years, but this one definitely takes first place in the heavyweight category,” the Sheriff’s Office stated on its Facebook page.

On March 14, the Sheriff’s Office responded to County Road 358 after a local wrecker service owner called to report the attempted theft. According to the Sheriff’s Office, he had been called out “to pull the crane out of a wooded area behind a residence. The complainant stated that the individual stated that the crane had been given to him and that he was going to take it to a local scrap yard to sell. After pulling the crane onto the roadway the complainant remembered moving the same crane a couple of years ago for a local company.”

The company stated that they had not given the crane away. The wrecker service owner proceeded to call the police.

“The individual stealing the crane then attempted to drive it away but ran it into a ditch on the side of the road causing it to become disabled,” the Sheriff’s Office stated.

Although the Mims fled the scene, investigators found him the next day.

The crane has since been returned to its rightful owner.