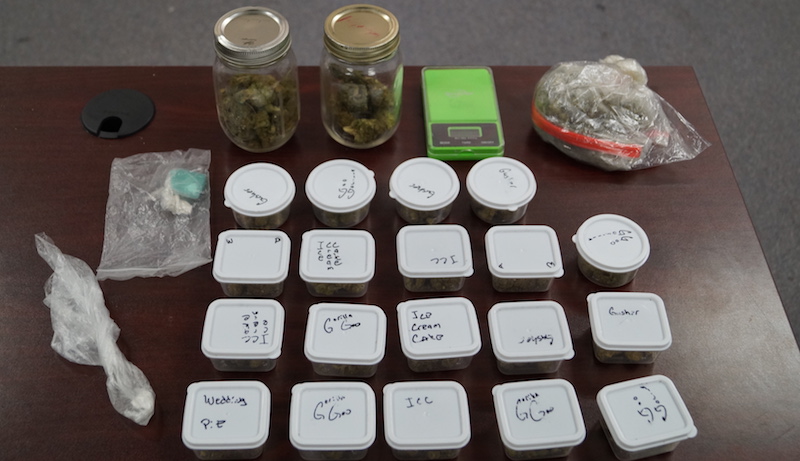 Marijuana packaged for distribution was collected during a traffic stop in Maplesville. (MPD | CONTRIBUTED)

The Maplesville Police Department arrested Jason Gilmore of Birmingham on March 14 on drug-related charges after initially stopping him for an equipment violation.

Maplesville Chief Robbie Autery said Officer Braford conducted the traffic stop, which resulted in the arrest of Gilmore on charges of unlawful possession of a controlled substance, possession of marijuana first and possession of drug paraphernalia.

Bradford had noticed sign of illegal activity, and this probable case led to a search of Gilmore’s vehicle.

“He was coming out of Wilcox County headed back towards Birmingham,” Autery said. “They had marijuana and all that packaged up for distribution. A lot of people say, ‘Yeah it’s just marijuana, but in my field of work that marijuana often leads to other things. I am glad it is off the streets.”

Gilmore was transported to the Chiton County Jail, and he was released on professional surety on March 15.