Top of Tigers lineup lighting it up 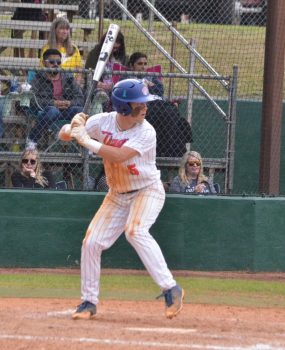 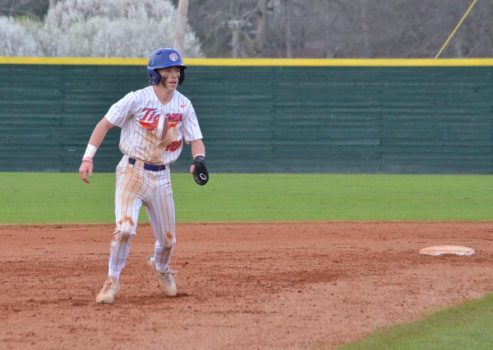 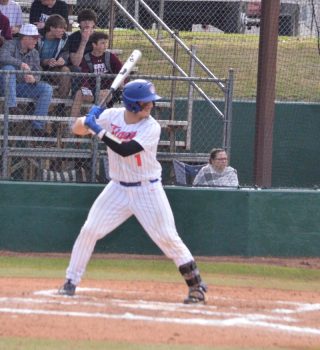 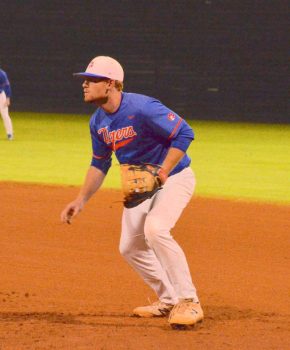 Leighton Coppedge gets into fielding position at first base. (CAREY REEDER | ADVERTISER)

Chilton County High School’s Eian Headley is this week’s athlete of the week after his performance throughout the county baseball tournament March 10-11. Headley went 9-for-11 with four doubles, two triples, seven RBIs, scored nine runs and walked once in the three games CCHS played.

Headley shined brightest in the title game going 3-for-4 with a triple, two doubles and four RBIs and was named county tournament MVP. Headley also was a pest on the base paths taking every opportunity to advance 90 feet.

“He’s a good base runner, too,” CCHS coach Ryan Ellison said. “When you put a high average guy on the base paths, good things happen.”

Headley has been near the top of the Tigers lineup for a few seasons and has remained comfortable and productive in his senior season.

It was the murderer’s row in the first four spots of the Tiger lineup in the county tournament and fellow senior Sam Smith followed behind Headley in second in the order.

Junior Cannon Miller proceeded Smith in the lineup and posted a 7-for-10 tournament with four doubles, eight RBIs and one walk. Miller helped spark the Tigers in the semifinals against Jemison High School going a perfect 4-for-4 with three doubles and five RBIs.

“All of our guys get after it and work hard to get better at practice,” Ellison said. “They’re doing a good job of being focused on every pitch, and we’re seeing the results of that as of late for sure.”

The Tigers clean-up man for the county tournament, Leighton Coppedge was indeed that getting on base with a 6-for-9 average with a double, six RBIs, five runs scored and one walk.

Coppedge is another senior on CCHS who seems to be taking Ellison’s guidance to heart.

“We talked as a team about trying to peak at the right time,” Ellison said. “We had some adversity early on, but we wanted to stay the course and keep working hard.”

CCHS begins area play against Pelham on March 15 and March 17 with all eyes on trying to be at their best during this portion of their schedule.

“Our second season starts this week, and that’s what we really wanted to be working hard towards,” Ellison said. “This past week really helped us to boost a lot of confidence, get us going and relax a little bit going into that area series.”