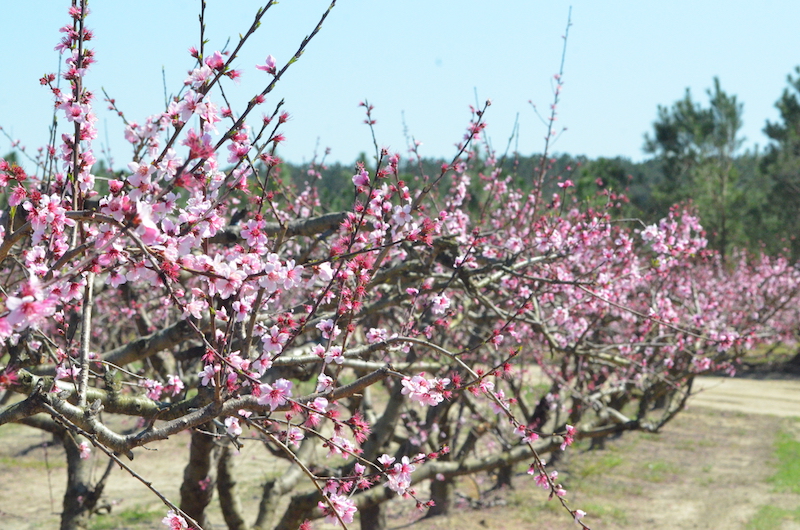 Several peach blooms were destroyed in a frost last weekend. However, the impact on this year's harvest was minimized by delaying pruning. (FILE | ADVERTISER)

Temperatures got as low as 18 in some peach orchards last weekend killing some blooms that  had started to form.

However, delayed pruning of the trees means this will have less of an impact on the harvest.

“From what we have seen today, we went out and cut buds on several different varieties,” David Lawrence, commercial horticulturist with the Chilton Regional Research and Extension said on March 14. “From what we have seen, we had a decent amount of damage, but a lot of growers chose to delay their pruning this year, so there was an abundance of limbs this year … I think we had a good thinning, but I don’t think it is by any means a loss.”

He said most growers saw temperatures between 21 and 23 degrees.

How the remaining blossoms were impacted will not be fulling known until the fruit starts to develop, Lawrence said.

There are still a few more weeks of potentially cold temperatures that could impact the final harvest. Lawrence said mid-April is usually when growers can start to relax a little about the potential of a late freeze damaging the fruit.

Many farmers chose to delay pruning after those who had done this last year had a better yield after a frost in February.

“The later you can wait, the better,” Lawrence said. “… That was everybody’s plan this year was to wait as late as possible, so far it has paid off.”

While it is still early to say when the first peaches will available, Lawrence said he usually says mid-May for when the peaches might be available.

Another concern for peach growers is pollination of the peach blossoms as the next step in the peaches development. Lawrence said Chilton County needs some sunny days so pollinators, such as honeybees, will come pollinate the blossoms.