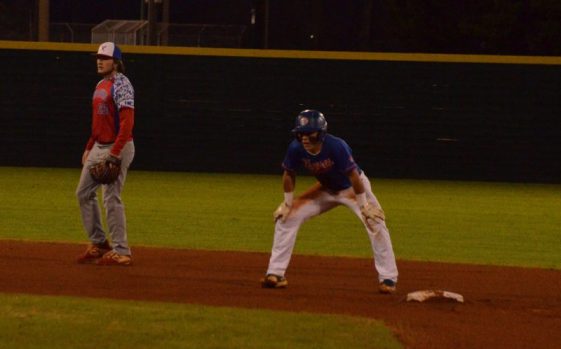 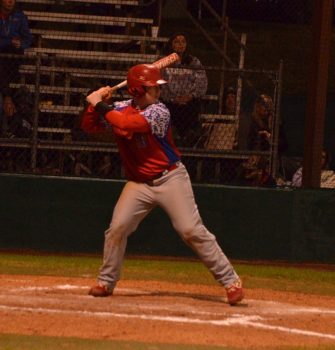 The pitcher’s duel between Thorsby High School and Isabella High School stole the show on the first day of the county tournament. Payton Cole and Colton Conway each gave up three hits over six innings. Cole had quick innings and Conway responded by piling up eight strikeouts in the game.

“The 1-2-3 innings were nice because it kept his pitch count down,” Thorsby coach Drew Wood said. “Their guy was good too, he struck out four or five in a row at one point. It was just one of those games where you find a way to win.”

Thorsby found that way in the bottom of the sixth inning when Wood put on the bunt-and-run to score the only run of the game.

“It’s fun for these kids to play against kids they grew up with. In Chilton County, everyone knows everybody,” Wood said. “It’s fun to get out here and compete with them, typically we don’t play Clanton (Chilton County High School) except possibly in the county tournament, so it’s good to play some of the teams you don’t normally see.”

Thorsby may get that chance after CCHS thumped Verbena High School 20-2 in the night cap of March 10. The Tigers posted a massive 10-run second inning and followed that with seven more in the third.

Ethan Dopson and Dustin Davis each drove in a run for Verbena.

The other team that advanced to March 11 is the Jemison High School Panthers with their 14-9 win over Maplesville. Jemison took a commanding 11-3 lead into the top of the sixth inning and the Red Devils scored five runs to cut the deficit to 11-8.

The Panthers responded with three runs in the bottom of the sixth to shut down any further comeback.

The tournament was switched from double elimination to single elimination to accommodate the impending weather on March 12. That is a tough deal for the Isabella Mustangs who gave up just three hits and one run, but don’t get a chance to make a run through a loser’s bracket.

However, the Mustangs will look to continue their impressive start to the 2022 season next week.

With three teams remaining, a good, ole fashioned coin toss will decide which team will move on to the championship game and which two will play at 12 p.m. on March 11. The winner will move on the face the coin toss winner at 2 p.m. for the county title.

“I haven’t decided yet (on heads or tails), normally I’m not lucky on the coin flip,” Wood said. “I did win one today so maybe the streak will continue.”