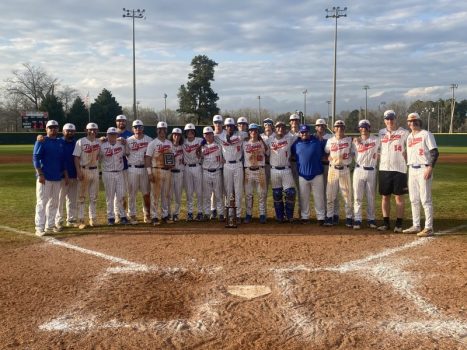 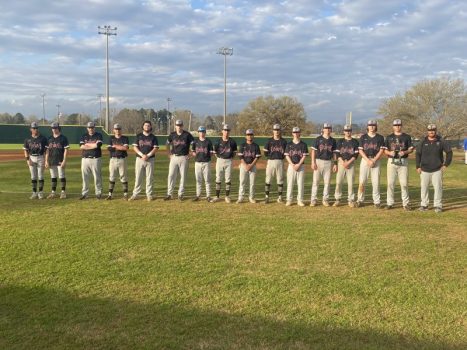 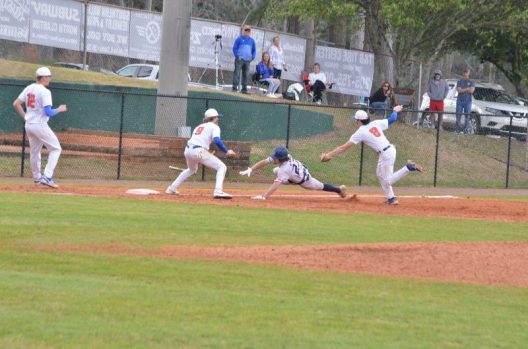 A Jemison runner gets caught in a rundown by Chilton County. (CAREY REEDER | ADVERTISER) 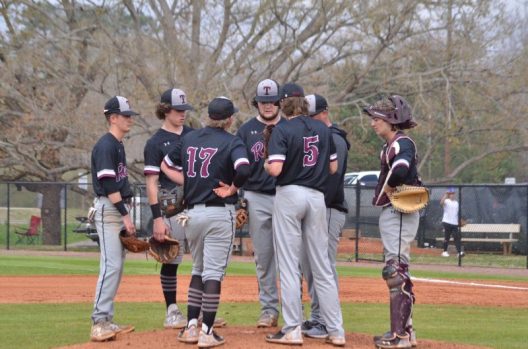 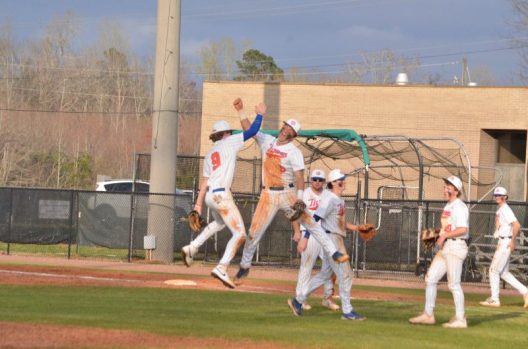 After March 10 play, three teams remained alive in the bracket. A coin toss was done during the morning of March 11, and Thorsby earned the automatic berth in the championship game, leaving CCHS and Jemison High School in the semifinal.

The Tigers posted a massive 12-run third inning to blow the game wide open. Cannon Miller led CCHS going 4-for-4 with three doubles and five RBIs. CCHS had 18 hits in the game.

Jemison’s Camden Cummings and Hayden Robinson each had two hits in the game. The Tigers starter Parker Willis went the full five innings giving up eight hits and four earned runs while striking out three batters.

“They came out with a lot of intensity,” CCHS coach Ryan Ellison said. “We asked them to come out focused today, have fun, and the guys competed every pitch.”

When the final arrived, it was Thorsby who jumped out in front first with a run in the first inning to go up 1-0.

CCHS got two runners on in the bottom of the first inning but could not score either of them. Genaro Aquino doubled the Rebels lead with an RBI single in the second inning.

Then, the Tigers got it rolling. CCHS posted seven runs in the second inning capped by Eian Headley plating two runs with a double. Headley was 3-for-4 with two doubles, a triple and four RBIs.

“He brings a lot of energy and a lot of life to our dugout,” Ellison said. “A lot of guys look to him, he’s a competitor, and you can always count on him giving it his best.”

The Tigers didn’t look back in the third inning piling on five more runs. Thorsby had four errors in the game, and three led directly to Tiger runs.

“Not the outcome we wanted, but it was good to come out here and compete,” Thorsby coach Drew Wood said. “The errors made a huge difference, especially early on, they were hitting well, but we helped them too.”

Cole Tignor and Sam Smith each had three RBIs and eight different Tigers earned a hit in the game. CCHS combined for 49 hits throughout its three games in the county tournament.

Kohen Davis led the Rebels going 2-for-2 with three RBIs and a walk.

With pitcher Aiden Bee out with a tweaked hamstring, Katon Elijah started the title game for the Tigers and went two and one-third innings giving up three hits and four earned runs.

Smith took over the final two and two-third innings and gave up five hits and one earned run.

“Our pitching has been doing us well here recently,” Ellison said. “Not having Aiden our guys stepped up, and you couldn’t tell. They stepped up and got it done.”

“Hopefully, we’re going to peak right into area play,” Ellison said. “This was a good showing for us.”