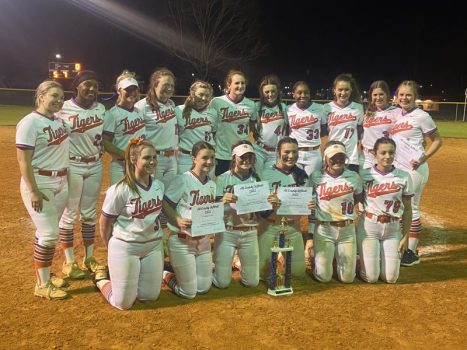 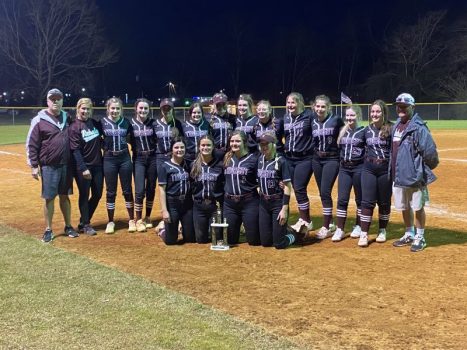 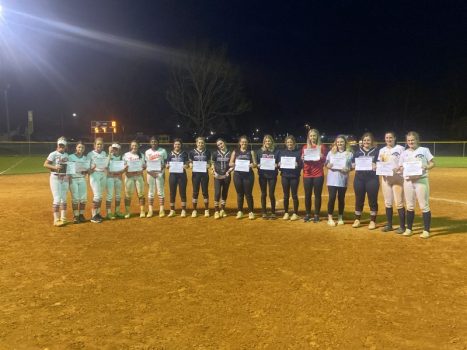 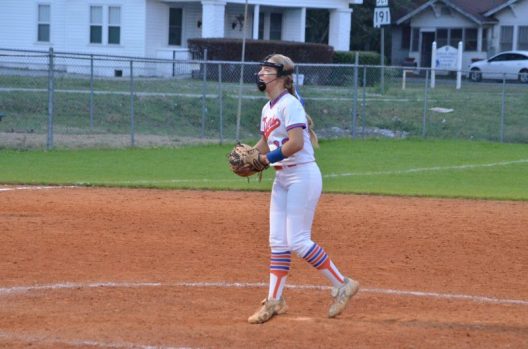 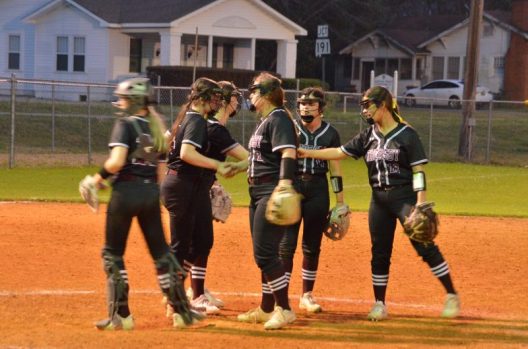 The Thorsby infield gathers around the circle prior to the start of an inning. (CAREY REEDER | ADVERTISER)

After pool play on March 10, the Chilton County high schools squared off in bracket action on March 11 to decide the county softball champion.

The semifinals were set, and the defending champions Chilton County High School picked up right where they left off March 10 thumping Maplesville 10-2 led by Tyeisha Williams who went 3-for-4 with two home runs and five RBIs. Senior Emma Deason pitched a beauty allowing three hits over her complete seven innings of work.

Jaden McGee launched a two-run homer in the second inning for the Red Devils only runs in the game.

Thorsby High School and Jemison met in the other semifinal with the Rebels blanking the Panthers 15-0 led by Autumn Edwards who went 2-for-3 with a home run and five RBIs.

That set up Thorsby and CCHS to meet in the final, and the Tigers went back to the well with Deason in the circle.

“There was no way I was taking the ball out of her (Deason’s) hand,” CCHS coach Johnny Giles said. “I just wanted to let her go out there and do what she does.”

The choice proved to be the right one as Deason threw seven innings giving up six hits and one earned run to lead CCHS to a 5-1 win over the Rebels.

The game was tied through three innings before Macey Pierce launched a two-run homer to put the Tigers on top 2-0. Gracie Brewer plated another run with a sacrifice in the inning as well.

CCHS got another run in the top half of the fifth inning when Emma Kate Locke scored on a throwing error at first base.

“We discussed and talked all week about mental toughness,” Giles said. “We had some situations where we were making some mental mistakes, so we spent a lot of time of that and only had a few slip ups all tournament. That meant more to me than anything.”

Thorsby added a run in the bottom of the sixth inning when Edwards launched a home run over the fence to cut the lead to 5-1. The Rebels could not get anymore back, and Brianna Goggins made a diving grab in right field to end the inning.

CCHS has a busy week next week with four games during the week starting on March 14 against Wetumpka High School. March 17 is the Tigers first region game against Helena High School.

“They take pride in winning this tournament,” Giles said. “We have four great seniors, so there are going to be some big shoes to fill, but I got a dugout full of kids wanting to get out there. I expect them to come back next year and defend that title again.”