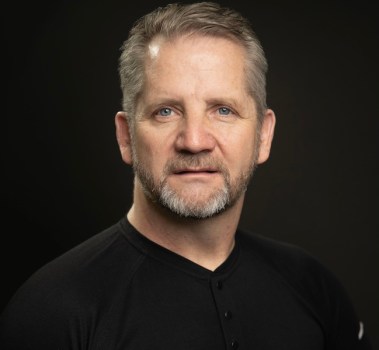 Leland Johnson, who writes under the name Levi Bronze, will hold a book signing at the Chilton-Clanton Public Library on April 21. (DONNA HORNE | CONTRIBUTED)

“The Red Brick Road” explores what would have happened if Dorothy would have taken the red brick road, instead of the yellow one when she arrived in Oz. (DONNA HORNE | CONTRIBUTED)

Leland Johnson, who writes under the name Levi Bronze, will be returning to Clanton for a book signing event for his book “The Red Brick Road.”

The event will be April 21 at the Chilton-Clanton Public Library 2-6 p.m.

Formerly of Clanton, Johnson now lives in Memphis, Tennessee, but he visits Chilton County on a regular basis.

Johnson’s inspiration for the book came from watching “The Wizard of Oz” with his son.

“The idea came about probably 12 years ago, I was at a writer’s conference in Indianapolis with my family … when I came in from the conference one day, when I walked into the hotel room, my son said, ‘Dad, let’s watch a movie.’ So, we turned on the TV and ‘The Wizard of Oz’ came on,” Johnson said. “… At the very early scene in ‘The Wizard of Oz’ whenever Dorothy is in Muchkinland and the Good Witch tells her to take the yellow brick road, the camera zooms in on the road, and it is a red and yellow spiral, and Dorothy starts walking in the yellow part. My son looked at me and said, ‘Dad where does the red brick road go?’ I said, ‘Son I don’t know, but we sure need to find out.’”

When Johnson went back the original book, he found that it said “there were many roads nearby” which further piqued his interest for possible future books, possibly one about a green brick road.

Johnson had worked on the idea off and on before committing to finishing “The Red Brick Road,” which took about two years. Dorothy and Toto are in the book, but the majority of the characters are of Johnson’s creation.

In his book, Dorothy strays from the yellow brick road on to the red one at the persuasion of a storeowner.

Friends helped edit the manuscript, and he connected with an artist to design the cover.

This is the third novel that Johnson has written, but the first that he has released to the public.

He said he felt this was the first one he wrote that could be “competitive in the market place.”

Those who read the book as he was developing it suggested publishing it, commenting that it may appeal to those who like young adult fantasy.

The book was initially released in 2020 and has received some good reviews.

“The Red Brick Road” is available on Amazon, as a Kindle ebook and as an audiobook through Audible.

“The narrator is excellent,” Johnson said. “She is a very skilled narrator.”

He had listened to multiple narrators before he decided who he wanted to read the novel for Audible.

His wife Jena, who enjoys audiobooks, had encouraged him to pursue getting it released as an audiobook.

Johnson said his interest in writing had been encouraged by a teacher when he was in sixth grade and a professor in college.

As he read novels, writing one became something that he thought he could do with some study and constructive criticism.