First day of county softball tournament in the books 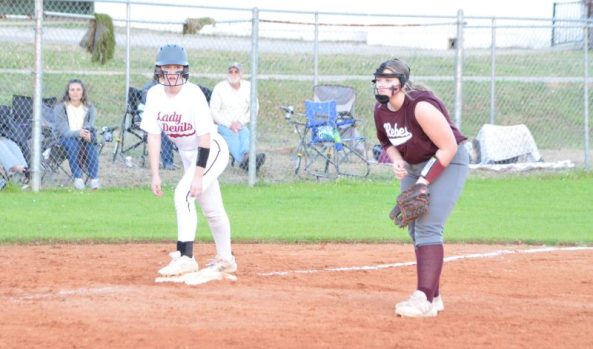 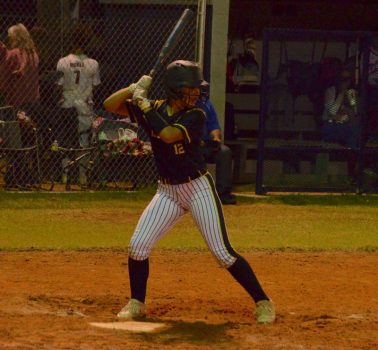 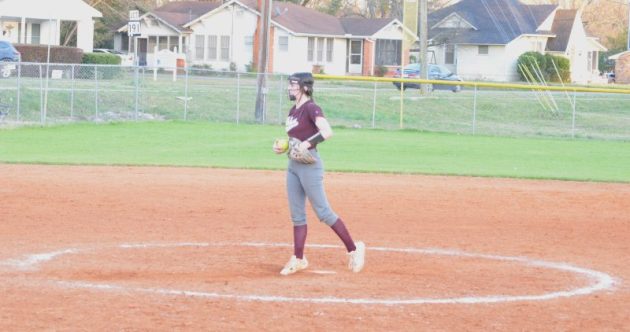 With snow potentially pushing in, the Chilton County softball county tournament got a makeover and now the six area high schools will play 11 games in two days at Jemison High School. The six schools were split into two groups of three teams and each team would play two games on March 10 setting up seeding for the bracket play the following day.

Pool play got underway starting with Jemison and Thorsby high schools in the first pool B game. Thorsby’s Makinley Turner threw four innings of one-hit ball striking out eight batters in the process. The Rebels piled up 15 hits with Turner leading the way going 3-for-3 with five RBIs en route to a 14-0 win.

Thorsby followed up their first win by adding a second one over Maplesville High School 4-3. Lindsey Burnett launched a three-run homer to put the Rebels up 4-1 in bottom of the fifth inning.

Maplesville’s Jayla Nix responded with her own home run, a two-run shot to left field, to cut the lead to 4-3, but the comeback fell a run short.

“We came out strong today which is what we were trying to do,” Thorsby head coach Holly Matson said. “Our bats were rolling better today. We’re excited and looking forward to coming into tomorrow, and do the same thing.”

Maplesville and Jemison ended the March 10 action and pool B play with the late game in a 5-1 Red Devils win.

Maplesville jumped out to a quick 5-0 lead through two innings and five Jemison errors gave no room for the Panthers comeback bid. Red Devil’s pitcher Lexi Smith allowed three hits over four innings with two strikeouts and one earned run. Makayla Lang drove in Tori Adams on a groundout to second base in the third inning for the lone Jemison run on March 10.

The Tigers welcomed back Tyeshia Williams to the lineup and the junior drove in five runs to led CCHS to a 11-1 win. She was 2-for-3 with a double, a home run and a walk.

The Tigers picked up right where they left off and posted seven runs in the top of the first inning capped by a triple by Chloe Shiers. Williams, Jadyn Kurdziel and Anna Burnett all had two RBI’s in the game.

Isabella and Verbena closed out pool A play with the Red Devils taking down the Mustangs by a score of 7-6. The Mustangs got on the board first when Anna Johnson singled to center to score Amelia Fjeldstad to give Isabella a 1-0 lead.

However, the lead was short lived, with Verbena posting all seven of their runs in the bottom half of the first inning. Jaycee Quinn and Kiara Ray each launched two-run homers in the inning and Alexis Smitherman plated two runs with a two RBI single.

Isabella threw everything at the Red Devils in the top of the second inning scoring five runs in the frame to cut the deficit to 7-6. Three Verbena errors in the inning helped aid the Mustangs and Kristin Wilson hit a double that scored a run.

Jemison will take on Verbena tomorrow (March 11) at 9 a.m. with Isabella and Maplesville to follow right after. Those games will decide who will move on to the semifinals against Thorsby and CCHS respectively.

The semifinal games are slated for 1 p.m. and 3 p.m. with the championship game to follow at 5 p.m.