Rebels take care of Devils on the road 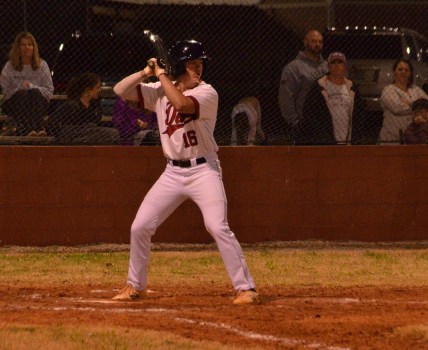 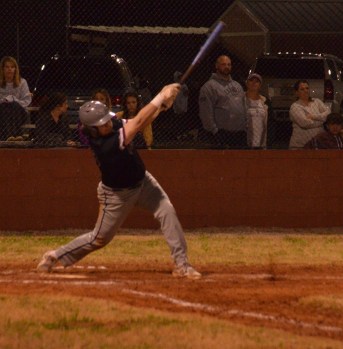 When the rain gave way to a gorgeous evening, the Rebels jumped out to a quick start in the second inning posting four runs in the frame.

Maplesville, however, ended the inning with some momentum as Bradlee Padgett threw out the runner at home plate with a perfect throw from short left field. The Red Devils followed that up with Brady Harrison throwing out a Rebels runner trying to steal second base to end the inning.

Maplesville tried to carry that momentum over into their bottom half, and loaded the bases after a sacrifice bunt by Padgett.

Then Rebels pitcher Patrick Prady settled in. The junior ended the inning with a strike out to strand three Maplesville runners.

Junior Truett Smith kept the Devils in the game in the fourth inning striking out the side to preserve the 4-0 deficit. On offense, Maplesville could not get anything off the Rebels pitchers.

“We’ve competed well in games, and then the wheels fall off late in the game,” Maplesville head coach Justin Little said. “It’s the nature of the beast, it’s one of those things that happens.”

Thorsby pitchers Prady and Payton Cole combined for six innings of three-hit baseball while striking out four batters and walking 10.

The Rebels Luke Davis made it 6-0 in the top of the fifth inning lacing a triple to the wall that scored one run. Davis advanced home on a throwing error. Davis was 2-for-3 with two RBIs and a walk in the game. Nine of the 10 Thorsby batters recorded a hit in the game.

“When you score some runs, it’s nice to let your pitcher breathe a little bit,” Thorsby head coach Drew Wood said. “We need to throw more strikes, we’re going too deep into counts so we need to work ahead of hitters a bit more, but I think we’re getting better each time we play.”

The Rebels put the game to bed in the sixth inning with four more runs, including a two-RBI single by Cole to make it 10-0. Cole went 1-for-3 in the game with two RBIs.

While Maplesville has had a tough start to its season, the Devils have yet to play a Class 1A school this year. Little is hopeful that the experience at the beginning of the season will reap benefits later in March when area games begin.

“I told them to stay positive and believe in each other, there is only nine of them so we have to stick together,” Little said. “If we do that, play fundamental baseball, and understand what we have to do to be successful in area play we should be good to go.”

Both Thorsby and Maplesville are slated to play March 10 in the county tournament beginning at 2 p.m.