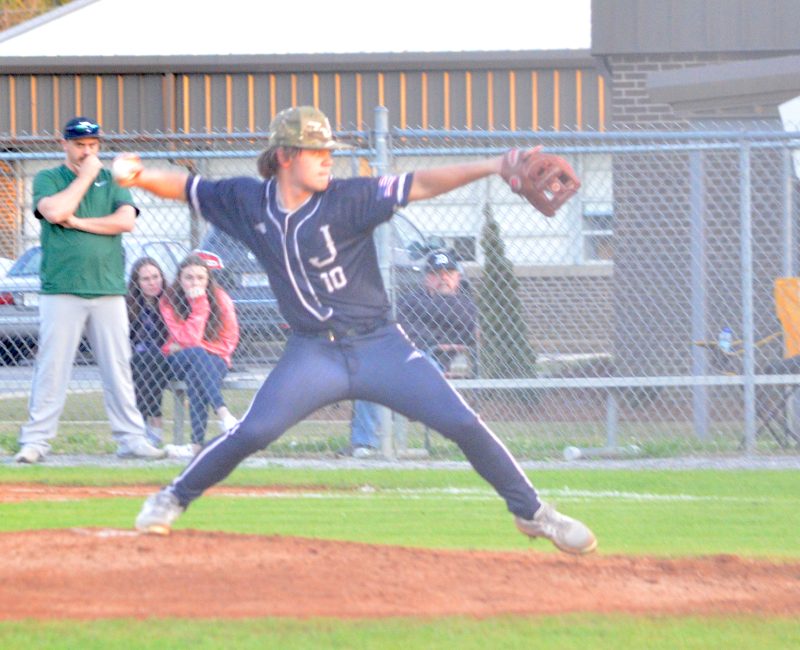 Jemison High School put a rough March 5 behind them in a big way on March 7 beating Dallas County High School 17-1. The Panthers fell to Leeds 10-5 and Vincent 9-7 on the fifth, but a loud statement was made by Jemison in its last game before the county tournament begins on March 10.

“We had a little let down Saturday so I was glad the weather held, and they responded well after Saturday,” Jemison head coach Jason Easterling said. “We got another game in, and some more confidence going into the tournament.”

Jemison jumped on Dallas County quickly posting six runs in the bottom of the first inning, capped by Charles Caputo scoring on a pick off attempt at third base. Caputo drove in three runs in his 1-for-3 night at the plate, and stole two bases. Donovin Edwards and Tucker Bean both drove in three runs as well. Edwards had three hits, two doubles and a triple.

The Hornets best opportunity to score multiple runs came in the top of the second when they loaded the bases with one out. Jemison pitcher Matthew Tyler Porter did not waver, and caught the runner at third base in a rundown with a perfect pick off attempt. Porter finished off the batter at the plate with his next pitch to preserve the 6-0 lead.

Porter went three innings giving up two hits and a run while striking out five.

Jemison added five runs to stretch the lead to 11-0 in the bottom of the second inning.

Dallas County got one back in the third inning scoring on a Panthers error. Khyler Starks-Bishop led the Hornets with a 2-for-2 night at the plate.

The Panthers put the finishing touches on their night in third inning, starting with Braden Tillery walking to load the bases. Jesse Prado followed with a two RBI single. Camden Cummings drew a walk and Caeden Forbach was hit by a pitch to score two more runs. Cummings went 2-for-3 with two stolen bases.

Edwards finished it off with a two-run double to put the count at 17-1.

Trenton Gaines and Hunter Scott each got their first taste of varsity of action each pitching an inning. Gaines gave up the only hit between the two.

“Right now, we just have to keep going,” Easterling said. “Stay the course, and we’ll be there.”

Jemison will play Maplesville on March 10 at 2 p.m. in the first round of the county tournament.