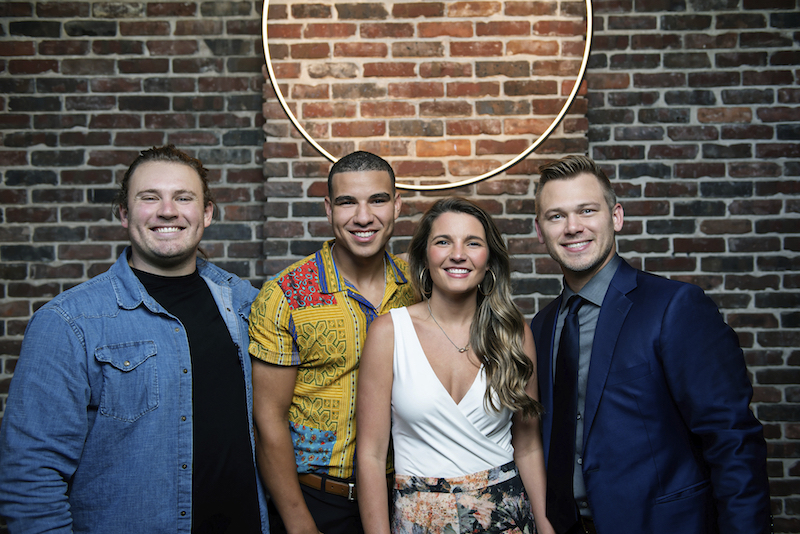 Former Chilton County residents are at the heart of A&E’s new show “Flipping Down South.”

“Flipping Down South” follows the team as they purchase rundown houses in need of major attention and turn them into comfortable, eye catching homes as Apollo Property Group and Flip Apollo in Birmingham.

“The whole thing is pretty surreal to be this close to the premiere,” Cummings said.

The team is hosting a watch party with family and friends in Birmingham to commemorate the start of the show airing.

It will be the first time each of them will see the finished product as well.

“I hope it shines a really positive light on Birmingham and Alabama and on the South in general,” Cummings said.

“We hope that this is a positive light on entrepreneurship in Alabama and affordable housing in Alabama,” Mielke said.

Cummings said doing the show required a large investment of time, and he was looking forward to see the results.

“From the start of Apollo until now seeing what Cody and Paul have done with the company, like front row seats, number one is inspirational and number two almost impossible, but they always pull it off,” Morgan said.

He commented that the show validated all of their hard work.

Cummings said he hopes the show lets viewers see what goes on behind the scenes to make the business aspect of flipping a house successful.

In 2020, A&E began working on its Home Made Nation concept for Saturday morning shows. The work of the trio looked like a good fit.

“The lady reached out and she said that she represented a major network and that they were looking to fill an hour-long space with house flipping market and they thought it would be good to have somebody from the South, so we checked a lot of boxes for them,” Mielke said. “One of our big passions is affordable family housing, and they really loved that.”

At first, the trio was skeptical that the inquiry was legitimate.

Cummings said there were multiple interviews involved in the process as the company was deciding on who would be selected for shows during the time slot.

The fact that Cummings and Mielke had built the business also appealed to those deciding on shows.

“One day we get a call, ‘Congratulations! You have a TV show,’” Mielke said.

He said it became real for him while reviewing the contract sent by the network’s attorneys.

“We decided that we were not going to flip for investors anymore that we were going to start flipping for a team for ourselves,” Mielke said.

Cummings had studied business in college, taking a few classes on real estate. In 2017, he became interested in real estate again and completed his license.

Cummings and Morgan had known each other growing up in Chilton County.

When Morgan finished his baseball career with the Toronto Blue Jays, he reconnected with Cummings and eventually joined his real estate team. Morgan has become the lead buyers agent.

“Flipping Down South” is produced for A&E by Six West Media and Category 6 Media.